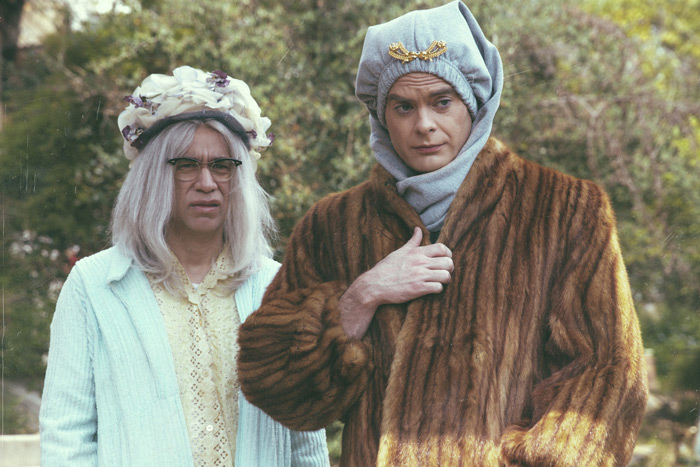 Hosted by a deadpan serious Dame Helen Mirren, the IFC version, called Sandy Passage, stars the show’s creators Bill Hader (Superbad) and Fred Armisen (Portlandia) as similarly eccentric and reclusive women in a very similarly neglected home. And, from what can be seen in the one-minute preview, they really do a terrific job recreating the feel of the Maysles brothers’ original.

This obviously much funnier update, with executive producer Seth Meyers, features conversations about sandwich-stealing squirrels and lost marriage opportunities. There’s even an errant opossum. But who is Barry?

We’ll have to tune in on Thursday to find out.

Watch the Sandy Passage preview below.