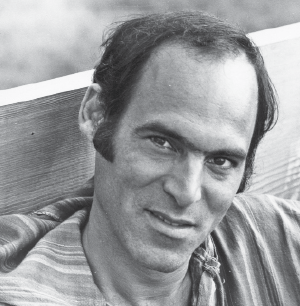 If you know Dr. Martin Shepard’s 1985 book The Reluctant Exhibitionist (reissued as Confessions of a Defrocked Psychoanalyst) or his 2005 memoir, On the Record, mentioning them may make eyes roll, mouth go “ooo,” head swivel a bit, maybe even prompt a “hoo hah.” The once-charged Sex Doc had had his medical license revoked, later restored. If you haven’t yet encountered these lively autobiographical riffs, you should, to see why Sag Harbor resident, co-publisher of The Permanent Press, sax and drum player, and former practicing M.D. psychiatrist puts on the record with frankness and charm what some memoirists might well have kept off. On the Record also includes a CD of music and lyrics Shepard composed over the last 10 years that were inspired by his take on life. Would he now, more mellow and contemplative, edit out some of that info were the books to be reissued? “Absolutely not,” he says, at once reflective and amused. Vintage Shepard.

Of the themes that inform Shepard’s autobiographical writings—serendipity, love, spirituality, taking risks, taking drugs, making music—“serenity” wins the day. The song, recorded in 2003 on Virgin Gorda where he goes every February, begins with snatches resonant of “Home Sweet Home” (music by Sir Henry Bishop and lyrics by East Hampton’s own John Howard Payne), then trips into a bossa nova beat, with Shepard’s baritone voice urging pleasure over pain, love and laughter over self-absorption, and a willingness to be open to destiny (give or take a bit of luck) in order to lead “a blissful life.”

Despite his abiding admiration for the 6th century B.C. Chinese classic, Tao Te Ching, and a particular fondness for one of its mantras, which pops up repeatedly in his books and conversation—“Those who know don’t talk/Those who talk don’t know”—Shepard speaks with quiet passion about what he does know based on his adventurous past and what continues to be a challenging and rewarding present. Along with his wife, Judith Shepard, Martin Shepard for the last 32 years has been the publisher of The Permanent Press (TPP), an independent publishing company based in Sag Harbor that puts out 12 to 16 books a year, mostly fiction, that hover around 200 pages and sell between 500 and 2,500 copies. Many of them have gone on to win prestigious national awards, international acclaim and a devoted readership. TPP itself has won honors for “literary excellence” and “editorial achievement,” and, amazingly, has been breaking even, quite an achievement in a world of the dying, if not already close to dead, small-press business. “Business,” though, hardly describes Shepard’s attitude toward what he does. Reading, selecting, printing, distributing, promoting, publicizing and blogging about books is not just his job but a way of life that, along with playing the alto sax (15 minutes a day, “six days a week”) and continuing to speak out on matters of social justice, defines for him who he is.

For sure, it wasn’t always serene for the 77-year-old heir of Woodstock nation, whose memoir recalls freewheeling days and nights with frankness and humor. A comfortable childhood in a secure family under the loving watch of an adored father who was an artist, Marty was admitted to the High School of Music and Art, concentrating on art, but it was  the world of jazz that would claim him—and still does. Though he was an English major at NYU, he went on to NYU-Bellevue Medical School and did his residency in psychiatry at Mount Sinai, then analytical training at the William Alanson White Institute of Psychiatry, Psychoanalysis and Psychology. He explored various individual and group therapies, including “Gestalt, Psychodrama, Rational-Emotive, Rolfing, Guided Fantasy, and a dozen more,” and he worked for a while as a consulting psychiatrist for The New York City Department of Corrections and The Board of Education.

He also got married for the first time and had three sons. The marriage was an “open” one as was his life style, fueled by marijuana and “copious amounts of a stronger psychedelic,” but the loss of a son to heroin, his own jealousies and fears, and a growing sense of boredom with the medical world, feeling “burnt out,” if not antagonistic to a profession too quick to recommend pharmacology for the ills of mind and soul, took its toll. He would divorce but find his second wife, Judy. “Serendipitous” is his second favorite word, after “serenity.” He had been doing political canvassing in his apartment building, and there she was, on another floor. In time, she and her three children became his family and with his own children would constitute his home.

It was a feeling in his gut, however (not to mention “the dropping of a tab of LSD”), one Labor Day afternoon years ago on the beach in Bridgehampton, where he and Judy were summering, that would prove professionally decisive. He writes of how the day got to him— “the sky, the greenery, the pristine beaches, the crisp air, the ability to write . . . and having free time to walk, dance, play”—the place made his “soul soar.” An idea immediately took hold: get out of New York, stay in the Hamptons. Of course, they had to return to close down their house in Nyack, but the following spring, 1975, he and Judy and their children, and dogs, were happily settled on land off Noyac Road and starting a publishing company. He has never looked back. And he is forever looking ahead, though he knows the road is getting shorter…

He is as fervent as ever about the books he’s publishing, but it’s obvious that though he has his eye on the market, he follows only the dictates of his heart. Therapy books don’t interest him (“I’m beyond this”). Nor do poetry or short story collections, a staple of many small presses. More and more he’s publishing novels over nonfiction (maybe at a ratio of about 90 to 10) and leaning to mysteries, particularly when they involve subjects he’s not familiar with, such as Leonard  Rosen’s All Cry Chaos, which turns on an arcane branch of mathematics. “No agent would touch it,” though now it’s “a finalist for the Edgar” (Allan Poe), Award, the industry’s top honor presented annually by the Mystery Writers of America. Another recent favorite, The Double Life of Alfred Buber by David Schmahmann, a kind of Lolita in Thailand, garnered critical praise but sold only 800 copies—the world’s loss, it’s “a great book.”

He’s generous and loyal. On a recent trip to an ophthalmologist in Southampton, he took along an advance copy of a novel by one of his authors but a book being published by a large commercial house. Would he take a look anyway? Of course, he would. He reads almost constantly now, watches little or no television, listens to a 24/7 jazz station and plays the sax for his own “joy,” not an audience. Recently, he’s begun to read a bit on Kindle but can typically be found with a book in hand in the office in his home. One of his small staff of assistants shrewdly observed that “the essence of Marty Shepard is that he expresses what he feels at the time he feels it.” Kind of like the way he plays the sax and chooses books. An improvisational publisher, going where opening sounds lead him, following his sense of the melody and rhythm of the lines. “I love what I do, I wouldn’t do it if I didn’t.”