By Nicholas Chowske
comments
Posted on May 1, 2014 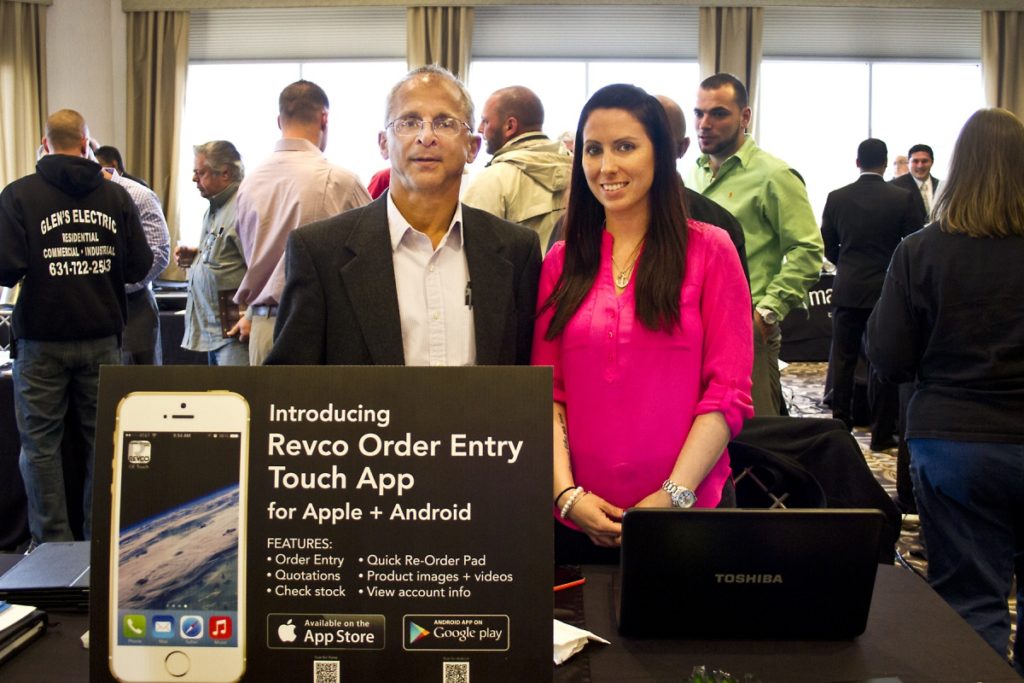 For the past 36 years, the folks at Revco Lighting and Electrical Supply have been keeping the East End lighted in style—and they’ll be the first to tell you, they’re just getting started.

“We’ve grown our business from roughly 50 employees two years ago to 65 employees today,” says Vice President Michael Velys. “I think we’ve pretty much saturated the East End.” Revco has four stores and showrooms across the South and North forks, their largest being in Southampton. “The building here is 33,000 square feet, and we’re currently employing about 45 in Southampton,” he says. “We are displaying far more fixtures in our showroom than we ever did, and we hope to make it more inviting for the public to come in.”

The majority of Revco’s business is dealing with electrical contractors, and getting more traffic into the showrooms has been the motivation behind some recent changes. “We have lighting showrooms in three of the four stores, and we sell a lot of lighting, but very honestly, up until this point, we have not done the retail lighting business out of our showrooms that I feel that we need,” Velys says. “Truthfully, I think that many people that drive by our store in Southampton every day don’t know that they’re welcome to come in.” In addition to renovating the Southampton showroom, the company has also gone through a rebranding process. “We have recently changed the name of our business from Revco Electrical Supply to Revco Lighting and Electrical Supply to let people know that we don’t just sell electrical supplies, we also sell lighting.”

Velys’s uncle and aunt, Ross and Teddy, opened Revco’s first store in Riverhead in 1978, and Velys joined them a year later. About 15 years ago, Revco opened a third showroom in East Hampton, which did well enough that they were able to triple its size from 2,000 to 6,000 square feet. This secured their hold on the South Fork, which is home to some of the most impressive houses and estates in the country. “I’ve been in this business my whole life and it’s amazing for me still to see the enormity of the homes and the budgets that people have in the Hamptons for lighting,” Velys says.

Despite their ideal location, no one was immune to the economic downturn. “Between 2008 and 2009 we saw a decrease in sales of approximately 30%—the biggest hit that we’ve ever seen since we’ve been in business,” Velys says. “You take 30% out of your sales with similar expenses, and it’s a tough battle, but we bounced back, and fortunately, business has continued to grow for us.” Not only did Revco bounce back, the business was able to continue growing.

“I had the conversation with my son, and a couple of other young people here, and they had me convinced that we should expand,” Velys says. He brought his proposal to Ross, Teddy and their accountant, all of whom declined. “It didn’t make sense to open another branch when the economy was doing as poor as it was,” he says. Velys and his son, Mike Jr., realized that the only alternative was to begin laying people off. “I didn’t want to lay off people, so we decided to take a chance and prove everybody wrong,” he says, and Revco opened its fourth branch in Southold in October of 2009. “We found that the North Fork has a lot more potential than we ever anticipated.”

Velys is happy to share the secret of Revco’s success. “We will service a customer to no end, and we’ve made it very clear to our employees that the customer is very important,” he says. “We sell similar products to our competition, and we have similar costs, we have similar sale prices, but personally, I think that a smile on your face and a ‘Good morning, may I help you?’ is a good start to any sale.”

Revco will be holding a four-day sale May 1–4 to kick off the summer. “We want to welcome anyone and everyone to stop in and see our newly-renovated showroom here in Southampton,” Velys says. “I hope that we’ll have a large crowd of people coming to take a look and see the new lighting that we have here.”