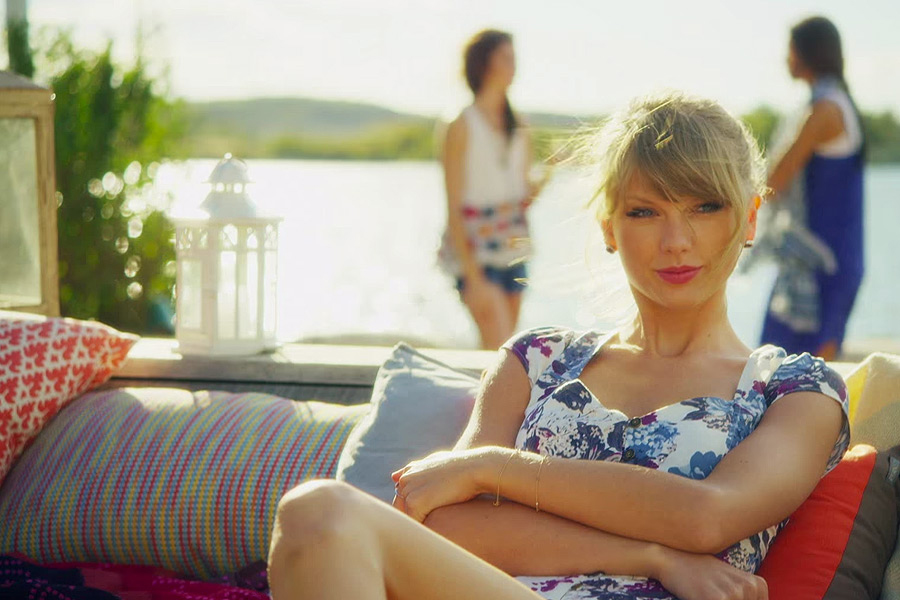 On February 5, the pop superstar posted a photo of herself on Facebook swinging in one of The Surf Lodge’s signature wicker chairs, wearing a white lace shirt, pale pink shorts and matching white Keds. Judging by the outfit and the amount of greenery present in the images, the campaign was (very quietly) shot around the end of summer.

Keds and Swift kept mum about the campaign shoot at the time, but Keds recently started Tweeting teasers, such as the January 28 message, “Get excited to see our adventures in Montauk coming soon!” And, on February 1, the company admitted, “We’ve been keeping a little secret…” in a Tweet with an accompanying photo of two models at The Surf Lodge.

Swift became a spokesperson for Keds in 2012 when the sneaker brand released red Keds in conjunction with her 2012 album Red. Her latest album, 1989, is the No. 1 album on the Billboard 200 Chart for the 10th nonconsecutive week, joining Whitney Houston as only the second woman in history to have two albums with at least 10 weeks at the top of the list. Swift’s Fearless album achieved the milestone in 2008 and 2009.

In her full length Keds commercial, Swift and friends live it up at Surf Lodge, dancing, shopping at the hotspot’s boutique, playing backgammon, posing for pictures and enjoying the breeze on its expansive deck.

This isn’t the first time that Swift has visited the East End, as she cooked with Barefoot Contessa Ina Garten in her East Hampton home last spring and dined with director Steven Spielberg at East Hampton Grill last summer. With a pad in New York City, is Swift preparing to make a purchase out East? We’re guessing Montauk.