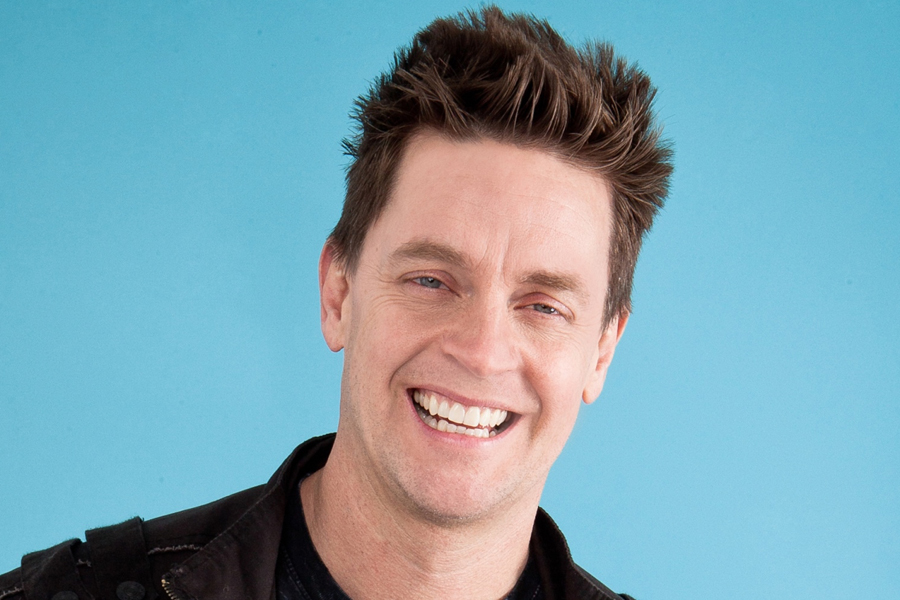 The Saturday Night Live alumnus—also known for the cult classic stoner flick Half Baked and SiriusXM show Fridays with Breuer—is in the midst of mixing a family-friendly metal album in Florida. He’s been planning the record, which has all original music and lyrics, for some time and he’s excited that it is finally coming to fruition. One metal legend has recorded with him so far and he anticipates more will join. “Even without them, this is pretty powerful and pretty awesome,” Breuer says. He’s happy with it, confident and proud.

“When you’re proud of something—I don’t care what anyone else thinks—it’s a great place to be,” he says. “I listen to it almost every day. The tracks are done and I can’t wait to unleash this.”

Breuer has long been a metal fan and he’s had a metal band back him up during past standup performances. It goes back to growing up blue collar in Valley Stream in the ‘80s. Now he’s living in New Jersey, in a town he compares to Mayberry from The Andy Griffith Show, and part of the Sandwich generation—those who take care of elderly parents while raising their own children—but he says he still has that metalhead attitude. The poster for his latest comedy special, Comic Frenzy, which was filmed on Long Island, sums up his life: A white picket fence, a flaming charcoal grill and Breuer standing on a manicured lawn tossing up the horns hand gesture often seen at metal concerts. “It’s been like that for a while,” he says of his life as a suburban dad. “This is the only time I really got to capture it.”

In addition to his undying love for metal music, Breuer’s been a diehard Mets fan since 1973, when he was just 4 years old. On his Facebook page, which has nearly 200,000 followers, he regularly posts videos for his fellow fans. “After every single Mets game I give a recap of the game in a Met-fan perspective,” he explains. “It’s really turning out to be something I never thought it could be and it’s probably the most fun I’ve had with anything I’ve ever done.”

LISTEN TO THE FULL INTERVIEW WITH JIM BREUER ON THE DANSPAPERS.COM PODCAST

His fandom has led to Breuer throwing out the first pitch at Citi Field, calling a home run with Mets announcer Gary Cohen and starring in a video on the jumbotron to start rallies. Mets players send him photos and MLB has reached out to plan future projects.

Earlier this year, Breuer returned to his old stomping grounds, Studio 8H, where Saturday Night Live is broadcast from, for the SNL 40th anniversary special and celebrity-filled after-party.

“It was fun,” he recalls. “It’s like going to a zoo—a zoo that’s filled with superstars.” He watched Paul McCartney jam with Taylor Swift, rubbed elbows with Leonardo DiCaprio and Jack Nicholson, and had a drink with Rudy Giuliani.

Breuer was an SNL cast member from 1995 to ’98, which raised his profile thanks to his popular Joe Pesci impersonation and character Goat Boy. But he says those who have yet to see his standup should know it’s nothing like his SNL days. “That’s all D and C material for me,” he explains. “Standup comedy is always my A game.”

He guarantees, “They’re probably not going to laugh harder at any other show. You may see a bigger star, but I guarantee you, very rarely do you laugh harder. I bring it hard a hundred percent. And ninety percent of my audience that comes see me, that’s new, are hooked for life.”