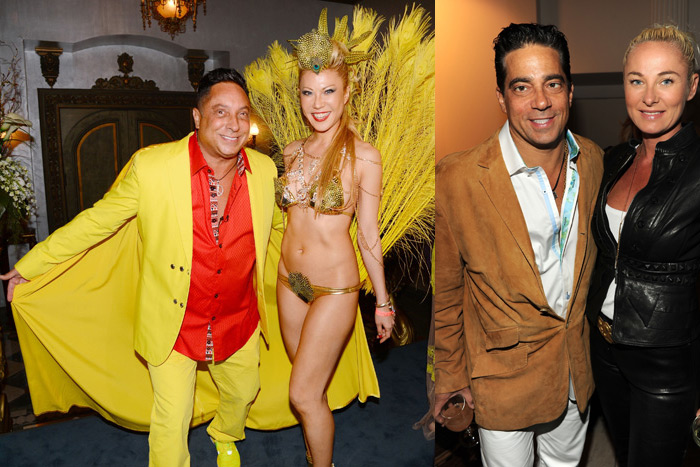 There was an item in the New York Post’s gossip column about a rich man I knew once, briefly. He was getting a divorce. His name is Alan Wilzig and I met him at a party about 20 years ago. He and his brother, Ivan, had bought some property on top of a hill in Water Mill, and there, as partners, had built a 14,000-square-foot replica of a European castle. They’d made the Hamptons scene by throwing fancy parties for celebrities and friends up there every summer.

I had gone to a few of these parties before I’d met Alan. Late in the evening they became erotic affairs that included lots of costumes, sex, love and rock ’n’ roll, mostly around a pool or, remarkably, in a sort of fake dungeon in the main house. Everybody loved these parties. Up in the woods on the top of the hill, there were no neighbors to bother. The police tolerated them. I recall when I went to the first one, I was steered onto the property by a security guard who, after seeing our invitation, directed us through the now open 10-foot-tall steel gates at the entrance with an outstretched arm—revealing a pistol in a shoulder holster he was carrying under his jacket.

Anyway, from that day to this, these parties have been going on annually in the summertime, the invitations are coveted, and the host of the party is invariably the very flamboyant Sir Ivan, who, as his alter-ego “Peaceman,” has become a strutting, caped rock ’n’ roll entertainer who performs his hit songs on a nearby stage.

I mentioned that it is Alan who is getting the divorce. And I wanted to tell you of the single meeting I had with him all those years ago, probably after the fourth year that Ivan was holding those parties. I’ve never forgotten it.

By that time, because the Wilzigs had come out to the Hamptons with such a bang, most of us knew about their backgrounds. Born and raised in New Jersey, they were the sons of Siggi Wilzig, the wealthy chairman and CEO of The Trust Company of New Jersey, a commercial bank.

Siggi was still running the bank at that time, and his two boys were both in their 30s and his heirs. But from our limited perspective, were these two also bankers?

Alan Wilzig was a strikingly handsome man the night I met him. He wore a suit and tie and he told me he was very, very unlike his often-costumed older brother. His brother was all about sex, love and rock ’n’ roll, he said, while he, Alan, was an upstanding, model citizen who only wanted love, marriage, banking and children in his life. In fact, he was now in love with the wonderful woman he intended to raise a family with, and I wouldn’t be seeing him at the castle anymore.

I never met Alan again, but according to the item in the Post last week, he had gotten married to Karin, raised two kids and had a gorgeous mansion on 275 acres in the upstate town of Taghkanic. There, he built the Wilzig Racing Manor, the site of the largest privately owned racetrack in the U.S. Still active in his long career as a banker, Alan also had become a race car driver, a philanthropist and a car collector. He has over 100 cars and motorcycles housed at his home in Taghkanic.

A photo accompanying the Post item showed Alan Wilzig being leaned upon adoringly by a beautiful young woman in a skintight leotard who was identified as his girlfriend, Clemence Lapeyre, age 23.

So there is much more to this than meets the eye. I wish both sons the best in doing what they enjoy doing. And I mean only to share with you the story, so far, of their remarkable lives, which are certainly quite memorable.