60 Summers Throwback: Me and Movies Made in the Hamptons 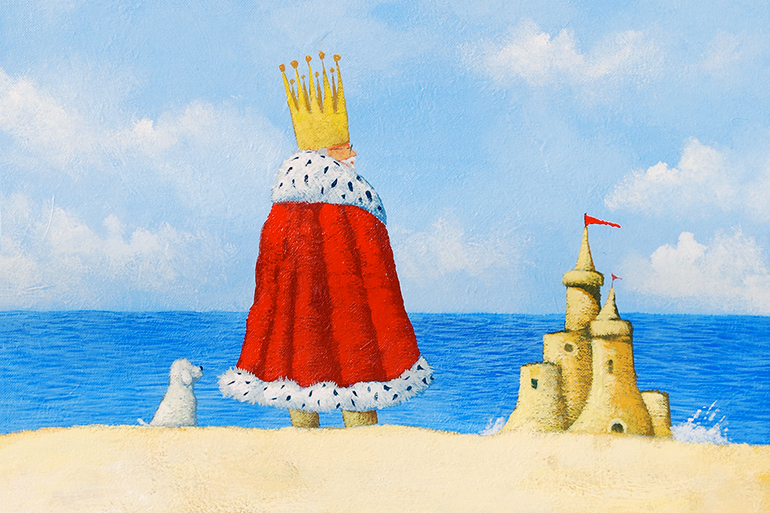 Mickey Paraskevas’ depiction of Dan as “King of the Hamptons”

The Hamptons, because of its Old New England towns, bays and beaches, has often been chosen by Hollywood as a stage for the making of films. I’ve always loved to go watch movies being made. All I’d have to do is say I was writing a story about the film and presto, I’d be let on the set. I’ve even participated in some of the films in addition to covering them. It’s easy. Upcoming film shoots often look for extras. They advertise for them. I answer the ads.

I’ve been a man having dinner in a beachfront café in Westhampton Beach as Rob Lowe walked through with a friend in the movie Masquerade. I’ve been a pedestrian on a street in Sag Harbor during a particular night when the two stars, Alan Alda and Michael Caine, whose characters have had too much to drink, stagger down the middle of Main Street, laughing and singing. I’ve been the fellow who shakes the tent flap like the wind at the canvas laboratory on the beach where Martin Kosleck conjures up strange sea creatures to create havoc in the potboiler horror movie The Flesh Eaters.

And I was on the Sag Harbor set for the making of a movie Steven Spielberg’s Boat, which never got released, as I recall, due to some issues involving lawyers. And I snuck into the beachfront home in Southampton where Woody Allen was filming Interiors starring Diane Keaton.

I also co-starred in a film. It was Dennis Lynch’s 2010 full-length movie King of the Hamptons, which screened at the Hamptons International Film Festival.

Get your copy of the limited edition coffee table book “60 Summers: Celebrating Six Iconic Decades on the East End.” On sale now for $60 at FriendsOfDans.com.