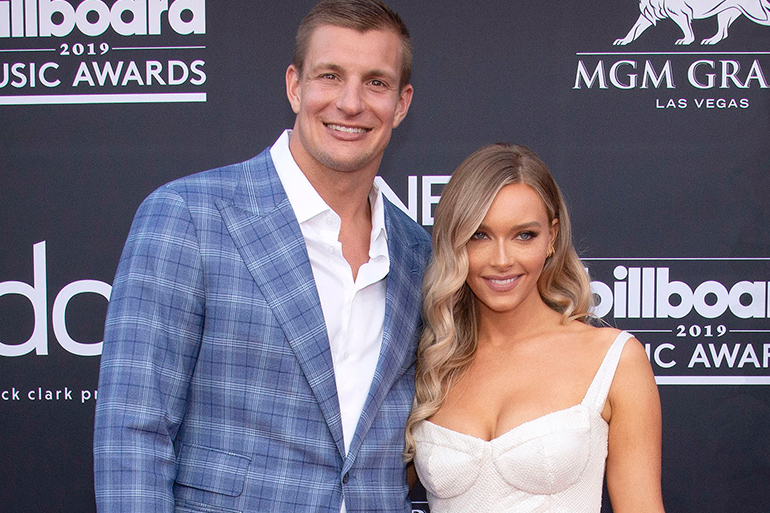 Kostek told News 12 that she had worked extremely hard to earn the coveted cover of the Sports Illustrated issue, and that the cover of Bella Magazine “really just topped my summer off.”

This is not Gronkowski’s first time in the Hamptons. He has been spotted at many Montauk hotspots in years past, including The Sloppy Tuna. This weekend, however, seemed to be less about libations. Those who saw Gronkowski and Kostek at Gurney’s Montauk this weekend said he restricted himself to water and avocados in adherence to the TB12 Method diet of former Patriots teammate Tom Brady.

The diet is a hybrid of the alkaline, Mediterranean and anti-inflammatory diets. It calls for the elimination of nightshade vegetables, refined carbs, dairy, and emphasizes good fats like those found in olive oil and avocados. It also requires restricting caffeine and alcohol, which may explain the simplicity of Gronkowski’s meal, though it has led some to speculate he may be keeping fit and planning a return to professional football.

While many fans may hope Gronkowski will revamp his career, he seems to be enjoying his retirement and his summer, and Kostek has said she has enjoyed the traveling his retirement has allowed them to do together.