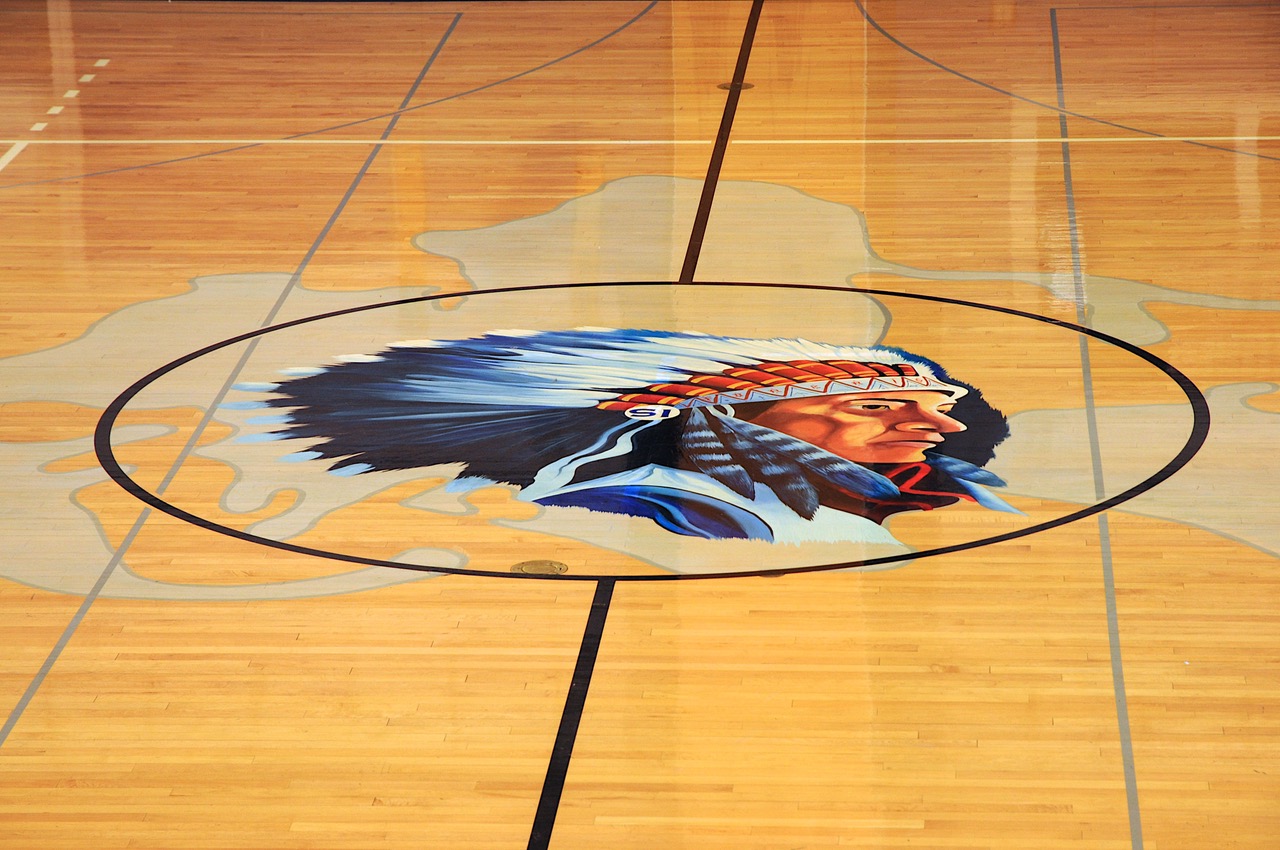 Some Shelter Island residents are renewing a call to discontinue the high school moniker, the Indians, while others are making a push to hold onto what they say is a tradition that honors Native Americans.

Earlier this week, Lisa Kaasik, a Shelter Island School alumna, started an online petition to ask the Shelter Island School Board to “change the mascot and eliminate the stereotypes displayed around the school and on its website.” The island was first occupied by the Manhanset tribe more than 4,000 years ago.

In four days, nearly 1,200 people have virtually signed the petition.

“Shelter Island School has maintained its offensive and insensitive mascot of the Indians for far too long. It invites the abuse of stereotypes that perpetuate the injustices inflicted on the Native people,” Kaasik wrote. “The image on the newly-painted gym floor is a blatant and historically inaccurate stereotype. An educational institution has the obligation to dismantle stereotypes, not encourage them and certainly not force the students to be proud of them.”

The mascot costume was discontinued several years back. But, after Kaasick raised the issue in 2013, the board decided it should instead call the board-approved “Indian” an icon or an emblem, instead of referring to it as a mascot. The image appears on the center circle of the basketball court, and a similar image and the name appear elsewhere, such as on sports uniforms.

Henry Binder, a 2020 graduate helped jumpstart the movement after organizing a Black Lives Matter protest on Shelter Island in June, said the “the Board of Education and the school district themselves decided to discard the mascot because they realized how racially insensitive this was to Native Americans. The school should do the same in this situation for the ‘Indian’ icon. We should not have to repeat ourselves and tell the school what they already know; this is wrong.”

Binder said he realized after the protest, which brought out approximately 700 people in support, that more needed to be done closer to home. “We discussed and preached about anti-racism, equality, and acceptance, but then we allowed our high school to continue calling themselves ‘The Indians.’ . . . We realized that unless we change our community to discard these racist stereotypes, we can never indeed become anti-racist and move toward a more accepting society,” he said.

Binder and several other students reached out to Kaasik, who spoke to the board seven years ago when she was a senior in high school, and they formed a group to discuss getting rid of the name and the insignia that goes with it, once and for all, he said. They plan to submit to the Shelter Island Board of Education on August 17.

Since their petition began circulating on social media, two counter online petitions have also cropped up. “This mascot is a part of our Islands heritage and has been a symbol of our school’s strength and achievements. We are proud of our mascot and would never change it,” wrote Camryn Page, a 2019 graduate, on a Change.org petition she started. It has received 308 signatures as of Thursday afternoon.

“I believe that the Shelter Island School mascot is not racist, but far from it. If you have an issue with the name ‘Indians’ that is understandable, however the mascot should still remain as a Native American,” wrote Luke Lowell-Liszanckie, a 2020 graduate who started the second petition. “By having an image of a Native American represent our school and its sports teams depicts a sense of strength. I view the Native Americans as a group of strong people.”

It had received 68 signatures on Thursday afternoon.

He said he believes having a Native American represent the school is honoring them, “Letting their fighting spirit reflect our own. That image painted on the gym floor is not an inaccurate racial stereotype. It is a symbol of strength and perseverance,” he wrote.

He suggested islanders get feedback from the Shinnecock Indian Nation “on how best to continue to honor them.”

“There are better ways to honor the traditions of the Shinnecock people or other Native Americas,” Bryan Polite, the Council of Tribal Trustees’ chairman, said when asked about the notion that the mascot honors Native Americans.

He suggested instead that the school “should honor the Native Americans by having a comprehensive curriculum centered around the local Native Tribes.

After looking at one of the counter petitions, he said, “No one asked them to depict a Native American as a mascot, and in fact we strongly oppose it. This is a very disingenuous petition and is not anyway tied to the reality of the situation.”

Dr. Brian Doelger, the school superintendent, said he is only aware of some talk online about the issue. “This has not been brought to the attention of myself or the BOE in an official capacity,” he said.

Kassik said in an email this week that the argument she raised in 2013 has only grown stronger.

“I mean, we didn’t even use the word ‘Indians’ when referring to Native people in the classrooms — how could we just shut that off when we entered the gym?,” she said. Seven years ago, she wrote an editorial in the school newspaper, the Inlet, which prompted discussion amongst students and at board of education meetings.

“I spoke to many of my teachers, classmates and alumni and so many felt the same, so I assumed all it would take was a nudge to the school board, but I was wrong. The long and short of it was that at 17, I had grossly underestimated how attached some former students and community members were to the mascot and how quickly what I hoped would be a civil discussion devolved in dog whistle politics and personal insults,” she said.

This time around, given the current political climate and the resurgence of the Black Lives Matter movement, support has been more widespread for changing the name, she said. “My hope is that this resonates with enough people to make this necessary change and retire the Shelter Island Indian for good,” she said, adding, “or that those who so desperately and misguidedly cling to the dated, offensive relic begin to more closely examine their own biases and how anti-Indigenous racism is embedded more broadly in our policy, society, and culture. We all have work to do on becoming more anti-racist, especially in communities like Shelter Island that critically lack diversity.”

Kathleen Lynch, the school board president, said she does not recall ever seeing “an actual mascot in action. I think it may have been retired long before that.” She joined the board six years ago, after the 2013 discussion, and is at the start of her second year as board president.

Being it is a small town, she said she was aware of the petition and that it will be presented to the board soon. “The school boardroom is the perfect forum for community members to discuss any business pertaining to the school and are always welcome to do so. I look forward to the opportunity to have a community dialogue and hope we can reach a shared consensus,” she said.