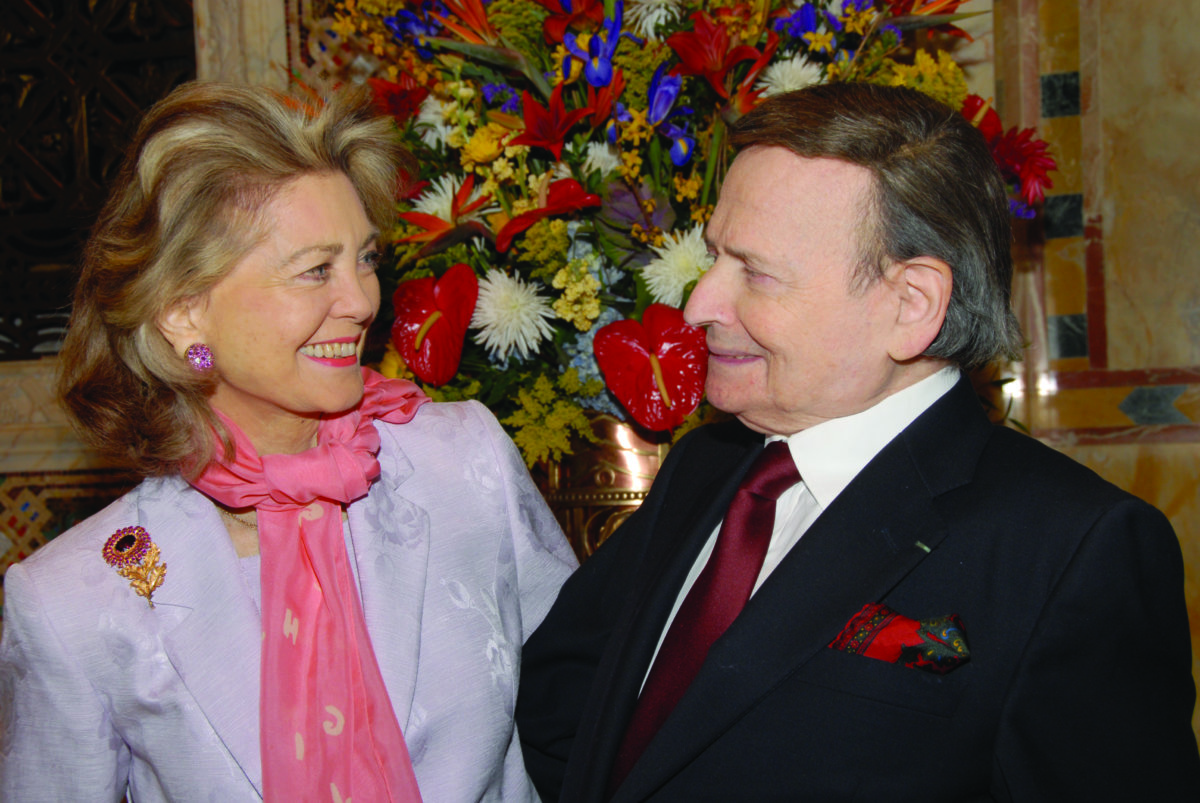 At 83, Maria Cooper Janis continues working every day advocating for the legacy of her late father, Hollywood legend Gary Cooper, through a variety of upcoming initiatives and events. Besides managing Gary Cooper’s archives and website, garycooper.com, she is a credentialed artist and painter.

Her husband, distinguished classical concert pianist Byron Janis, 92, works every day too. He’s composing two music scores for new Broadway plays, which he is planning into the future.

Amidst their schedules, they are selling their 208 Pond Lane, Southampton home. They are planning to keep their upper east side, Manhattan residence. Part of their difficult decision is how they continue to do a lot of travel.

For example, Maria who is active on several boards, is now undertaking a Gary Cooper Scholarship project at the University of Southern California, to benefit American Indian students and Indigenous People.

Maria’s roots in Southampton actually go back as far as her grandparents, Veronica and Paul Shields—who was a major Wall Street figure of his time. “My mother would tell me how as a child she spent weekends and summers at their Ox Pasture Road home,” she says. “My mother and father loved visiting there taking a break from Hollywood. I too spent summers there.

“When my father died, my mother and I left Hollywood moving to NYC. My mother then married Dr. John Converse. They decided to buy land and build their own Southampton house.” On two acres, it has five bedrooms, a pool and 200 feet on Lake Agawam. Maria and Byron have been living in it since her mother and stepfather passed away.

“I have loved the peace and tranquility of this house, which has given me the opportunity to concentrate on composing and musical pursuits,” explains Byron. “With Southampton’s late classical music patron Eleanor Leonard, I enjoyed helping to launch the Hamptons Music Festival.”

Maria continues, “I love the early mornings, sitting by the terrace watching the sunrise, watching the geese and the ducks fly in on the lake—absolute quiet, beautiful nature, a sense of renewal—taking a five-minute walk into town, or a 10-minute walk to the beach.”

Her father made over 100 films. Her favorites are High Noon and Pride of the Yankees. “He made movies when I was a youngster, and others when I was old enough to relate to him as an adult,” she describes. His last movie, filmed in London, The Naked Edge, was released in May 1961, about the time he died from cancer. Gary Cooper is buried at Sacred Hearts Cemetery in Southampton.

Maria met Byron on her mother’s honeymoon at a social event where Byron was the pianist at Cap Ferrat in southeastern France.

Represented by many recordings for both RCA Records and Mercury Records, performing throughout the world, Byron Janis was stricken with arthritis and in large measure kept this private. He faced an enormous challenge to overcome the difficulties arthritis meant for his music. “I required a mental approach with passion for music and hard work so I could persevere. For example, on concertos and sonatas I had to re-finger and re-learn some aspects of playing the piano,” Byron recalls.

Parade Magazine wrote two cover stories on Byron when he disclosed his medical burden. He became an inspiration to many living with arthritis and other disabilities. The Byron Janis Story is a PBS documentary. For many years he has been a national spokesperson and ambassador for the arts for the Arthritis Foundation. He has performed at the White House six times for four Presidents.