Saddle Up for the Return of the Hampton Classic 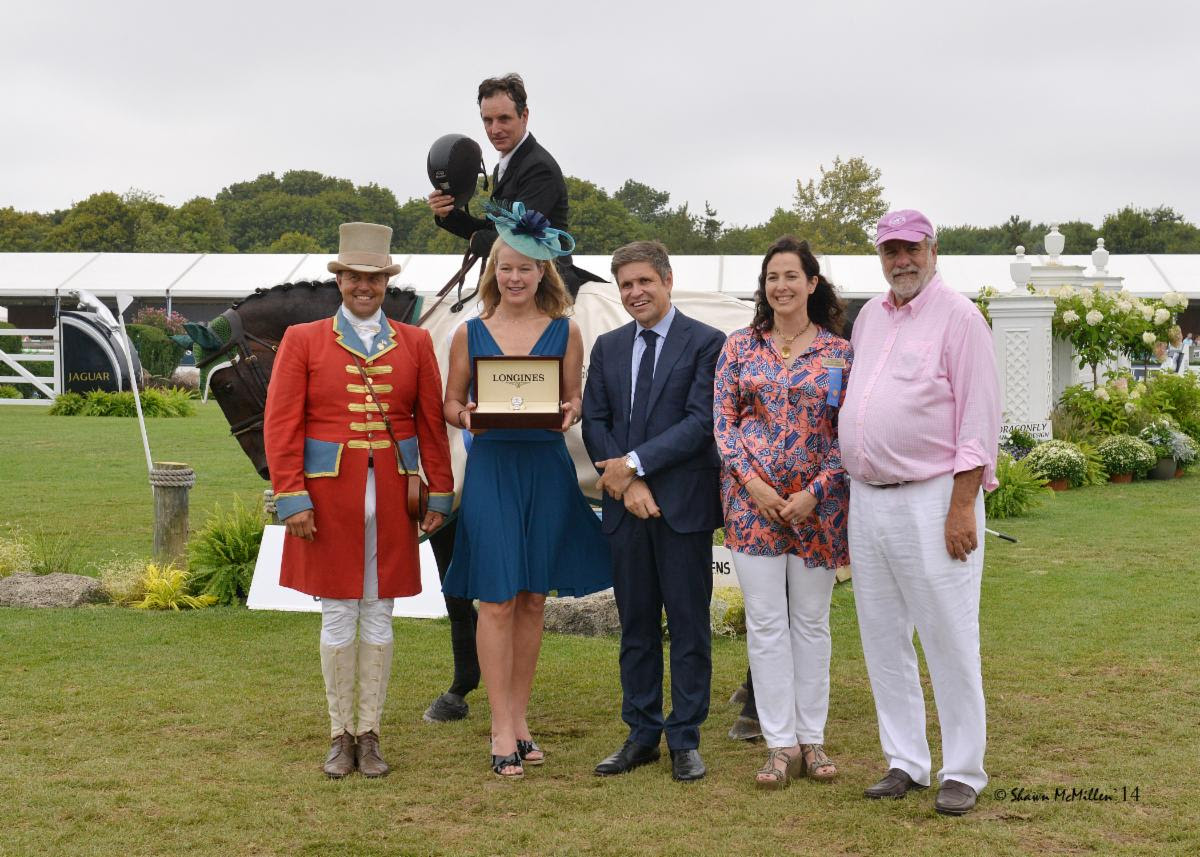 The Hampton Classic Horse Show makes its much-anticipated return to Bridgehampton, after last year’s sad but understandable cancelation, on Sunday, August 29. While the goal of this year’s horse show is to deliver a familiar Classic experience, tradition dictates that there’s always a fun new surprise or two for returning guests to enjoy, and this year delivers.

The 45th annual Hampton Classic, which runs August 29–September 5, will feature five FEI classes that will once again showcase elite riders from around the world, including Olympic veterans, some of whom will be making their first appearance following this summer’s Olympic Games in Tokyo.

The 2021 event will present the winner of Sunday’s newly renamed junior amateur derby, now the Agneta and Brownlee Currey Jumping Derby, with the first-ever Currey Cup. The new perpetual trophy has been donated and sponsored by Christian Currey in memory of his parents, who both passed away in 2020. Agneta served over 35 years on the Classic’s board of directors and almost three decades as chair, and Brownlee was a longtime board member of the U.S. Equestrian Team, USET Foundation, Show Jumping Hall of Fame and a fellow supporter of the Classic.

“We establish new trophies periodically, and often it’s done in memorial to a human or horse who had a connection to the Hampton Classic. This is so special, because both Agneta and Brownlee Currey were fixtures here at the Hampton Classic for decades,” Hampton Classic Executive Director Shanette Barth Cohen says. “She’s the reason the showground is so beautiful. … She was a stickler who made sure our attention to detail never took a break. She had very high standards for herself and all of the things she was involved with. I think this is going to be one of the most meaningful trophies that we’ve added, certainly to me, in a long time.”

The Currey Cup is among several awards, along with more than $800,000 in prize money, for which the nation’s best horses and riders will compete during this year’s Classic. Additionally, division champions and winners of major classes, such as the featured $300,000 Hampton Classic Grand Prix Presented by Land Rover on Sunday, September 5, will receive designer coolers from Anna Klose.

There is also a new groom’s award for the winning groom of the Classic’s $10,000 Equitation Championship presented by Palm Beach International Academy, courtesy of Beval Saddlery. The Classic is also presenting a $500 cash prize to the grooms of the winning horse of the $10,000 Hunter Classic, courtesy of Aden Brook, and of the Grand Prix. Also, the Show Jumping Hall of Fame Style of Riding Award is presented to the Junior Jumper rider who throughout the week best exemplifies the American style of equitation, as modeled by riders such as Show Jumping Hall of Famers Conrad Homfeld and Joe Fargis.

The competitions taking place in the Hampton Classic’s six show rings may be the event’s main draw, but they’re not the only exciting element returning this year. The Agneta Currey Boutique Garden offers international food options and approximately 80 vendors, including new must-haves from high-end boutiques Carbon 38, Akris, Urban Zen and KAVAL. While longtime sponsor Longines often doesn’t set up a retail space, this year they’ve teamed up with Watches of Switzerland to present stunning timepieces in an equally dazzling Airstream trailer. And there’s more shopping to do in the VIP tent, which offers guests exclusive access to the Lugano Diamonds jewelry on display.

The ever-popular Hampton Classic Souvenir Shop makes its expected return with new items and new designs of fan-favorite merchandise. A new collaboration with Show the Bows has produced an official Hampton Classic hair bow that makes for a fun accessory for any rider or horse enthusiast. Expect to see the 2021 Hampton Classic poster by Shelli Breidenbach on a variety of items, and be sure to shop the selection of quick-to-sell-out logoed shirts and hats. “The good thing is, for folks who missed having us here last year, now they have the opportunity to stock up on their favorite logoed stuff,” Cohen says. “The word ‘Classic’ in our name is there for a reason; people love the giant logo on our t-shirts, sweatshirts and baseball caps.”

Families who attend the Hampton Classic every year should take note that News 12 Kids’ Day, once held on Saturday, has been moved to Thursday. “Saturday is already going to be a very busy day, because it’s the weekend, so let’s move some of the congestion to midweek when it’s not quite as busy,” Cohen says of the decision. While Kids’ is jam-packed with activities such as live music, pony rides, magic, circus fun, cookie decorating, face painting, farm animal visits and more, children’s events also take place on opening Sunday and Tuesday to Saturday from 10 a.m.–2 p.m.

The Hampton Classic updates don’t stop there. The horse show has teamed up with Green Is the New Blue, which strives to reduce the environmental impact of horse shows and raise awareness of sustainable practices. “We’ve actually had a focus on environment wherever we can,” Cohen clarifies, noting the Classic’s use of Organically Green as their annual deer sprayer and investing into equipment to screen the manure bins for garbage to be removed. The new initiative with Green Is the New Blue includes a Living Jump in the Anne Aspinall Ring that features vegetation native to the East End and will be planted on the showgrounds after the Grand Prix to support the local ecosystem. The Classic is also introducing paperless ticketing for Grand Prix Sunday, muslin VIP pouches, fabric VIP wristbands and an exclusive Hampton Classic Souvenir Shop shopper bag which is free for customers spending $250 and also available for purchase.

Daily admission to the Hampton Classic is $20 per carload. Admission is free on Monday, and seniors are admitted free on Tuesday, Wednesday and Thursday. Grandstand tickets for the $300,000 Hampton Classic Grand Prix on Sunday, September 5, are $45 per person for reserved bucket seating, which are available for purchase at
hamptonclassic.com.