Who Are The Hamptons’ John Does? 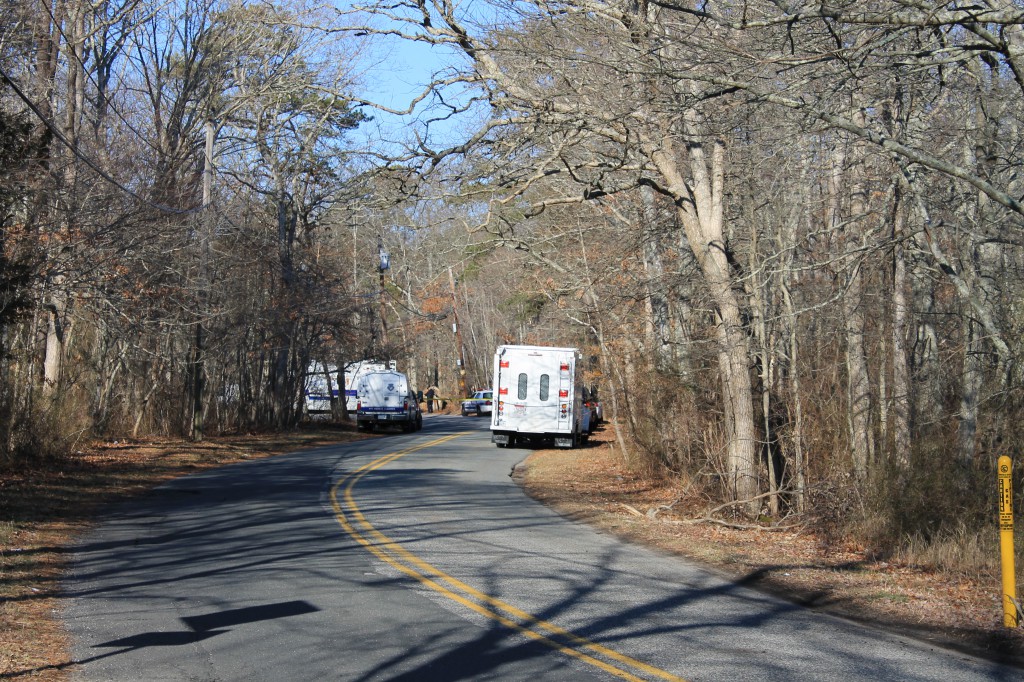 These are the nine sets of unidentified human remains that have turned up on the East End over the past three decades. Although investigators suspect foul play in only one of the cases, the nine make up a third of the 27 nameless dead discovered across Suffolk County — an outsized figure for the Twin Forks region that’s home to just 9% of the county’s population. It begs the question: What is it about the Hamptons and the North Fork that causes it to have such a disproportionate amount of hard-to-identify dead people compared to the more populous western part of the county that’s nearly twice the size of the East End?

“The simple answer would be the open space unique to the East End,” the Suffolk County Police Department said in a statement. “Some of these cases are drowning victims found out in the ocean.”

The cases are detailed in the National Missing and Unidentified Persons System (NamUs), a federal clearinghouse that helps identify John and Jane Does. The database counts 1,418 unidentifiable remains across New York State and 13,802 nationwide. Suffolk, the most populous county outside of New York City, has the second most such cases listed in NamUs for a county statewide — one less than Niagara County in upstate New York. And the East End has nearly as many cases listed as all of Nassau County, which has 11.

When medical examiners can’t identify a body, they are required by state law to upload case information to NamUs. And a recently passed state law allows investigators to use genetic genealogy — cross-referencing DNA samples with those in public DNA databases — to try putting names to unidentified individuals found dead. But is the technology being used for all cases in the database, or only the murder victims?

“Any new testing has the potential to identify previously unidentified remains or, in certain cases, evidence,” police said when asked if they’re using the technique to identify those in NamUs who are not homicide victims. “In conjunction with the Medical Examiner’s office and the Suffolk County Crime Lab we are constantly looking for new testing methods and evaluating what cases might become eligible, and also would have the greatest potential for a successful resolution.”

Last year, Suffolk police made headlines when investigators identified a murder victim who was in NamUs, 20 years after her grisly discovery: Valerie Mack, a 24-year-old woman last seen in Philadelphia, whose nude torso was discovered by hunters in Manorville on November 19, 2000. Her head, leg and hands were found 11 years later and nearly 50 miles away off Ocean Parkway — one of 10 sets of remains police found in the Gilgo Beach area between December 2010 and April 2011 while authorities were searching for Shannan Gilbert, a New Jersey woman reported missing from and later found dead in Oak Beach. Four victims remain unidentified in those cases, which are a part of the unsolved Long Island Serial Killer investigation, and each of those identified were sex workers, including Mack.

The most recent East End case in NamUs is the skeletal remains found five miles away from Mack’s in Manorville on February 17, 2012. The case is also the only one of the nine cases that the Suffolk police Homicide Squad is currently investigating as a murder. Medical examiners determined the victim to be a man between the ages of 30 and 50 years old with brown hair who had recovered from a vertebral stress fracture and a broken fibula. He was wearing white-and-green tube socks and had on an extra-large Eddie Bauer waistband.

“I probably walked by it a hundred times before, and I saw it kind of sticking out of the ground, and it looked unusual,” Matt Samuel, who made the discovery while searching the woods for deer antlers, told reporters at the time. “I looked a little closer and from there discovered that it was human remains. … It was wrapped in bed sheets and a plastic bag. It was a whole body, but just the bones, there was trees growing up through it, so it has been there a long time.”

While most of the nine cases are not homicides, and the majority were found well after their deaths — decomposition being a chief hindrance in identifying them — one case stands out from the rest.

On March 27, 1998, a man whose NamUs case file notes was last seen “staggering on train tracks” was hit by a Long Island Rail Road train traveling at 60 mph in Speonk. In his case it was the traumatic nature of the injuries that made identification impossible. Authorities said the man was a 5-foot-tall, 185-pound white man between 30 and 45 years old with brown wavy hair. He was wearing jeans, a multicolor wool sweater, blue denim jacket, ’98 World Cup Soccer shirt, light blue underpants, black socks with a red diamond pattern, and black shoes.

Some cases are more mysterious. On October 25, 2011, an Asian man was found dead in an abandoned barn in Riverhead with one of the few clues being New York City subway instructions written in Chinese found in his pocket. NamUs notes describe the body as “mummified.” Authorities described the deceased as between 40 and 60 years old, 5 feet 7 inches tall, with black hair 4 inches in length. He was wearing a white Jeanswest Denim “JSW” T-shirt size medium under a white Paul Harris Design brand mock turtleneck size large, blue denim “hao zhi feng” jeans with holes in the crotch, a black watersport coat and blue briefs underwear that appeared to have “x” on the label.

And one of the bodies washed up at the most mysterious place on the East End: Plum Island, home of the Department of Homeland Security-run animal disease center. In that case, a Black man apparently washed up on the island on January 14, 2010. The man was described as 45 to 65 years old, 5 feet 10 inches tall, 163 pounds with gray curly hair and white stubble. He had a pair of 2-inch scars on his scalp—on his right temporal and right posterior parietal. He was wearing a Chor brand green T-shirt size large, Puritan brand blue plaid boxer shorts size small and a brown work belt size 32/34 with a Godbody design label.

As one might expect from a waterfront region, the man discovered on Plum Island wasn’t the only unidentifiable body found in or near the water. Three were found in Montauk alone.

Like the Plum Island case, the first of the three Montauk bodies washed up on an isolated stretch of beach — in this case, one mile west of Montauk Point, around Camp Hero State Park, on Christmas Eve of 1999. He was described as a white man, 35 to 51 years old, 5 feet 10 inches tall with a deformed sternum. He was wearing black denim pants, black Nike sneakers and striped bikini underpants.

The most recent Montauk body was found floating in the water by a fishing vessel entering the harbor on May 10, 2008. The U.S. Coast Guard also brought this body ashore. The white or Hispanic man was described as 6 feet tall, 240 pounds, with short dark brown curly hair and dark eyes. He was wearing Wrangler blue jeans with a black leather belt with a cell phone pouch attached, an extra-large Gildan brand blue T-shirt under an extra-large Liberty brand black sweater, black-and-blue socks and black Aldo brand loafers that were made in Romania.

Like some of the Manorville homicide victims, a few of the remains were not found fully intact. In fact, some of the discoveries are just pieces of people — a bone or two that washed up on a beach.

Such was the case when an unspecified human bone was found on a beach in Southampton on February 15, 2002. Medical examiners determined the bone belonged to an adult male, but few other details were available, other than it wasn’t a skull or torso and one or both limbs and hands were missing.

The oldest of the nine cases was a similar discovery made on a beach in East Quogue on March 13, 1994. Details were equally scarce.

While each case is unique, there’s one tie that binds them all: Each has loved ones somewhere, wondering what happened to them.