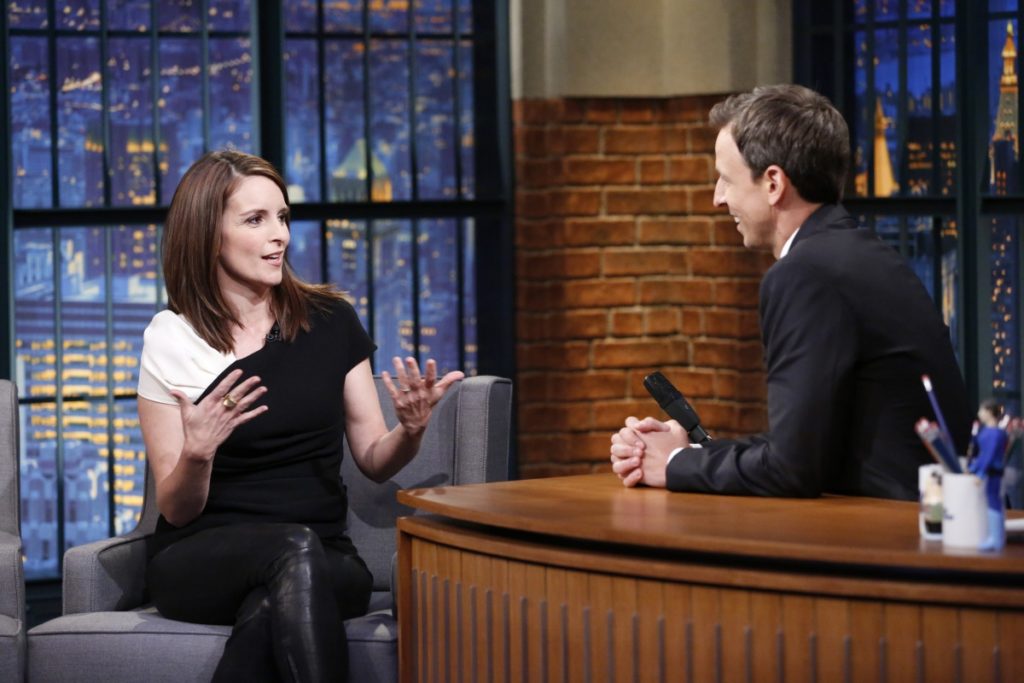 Tina Fey told Late Night host Seth Meyers this week that when she bought costumes for her daughter’s surprise birthday party, she picked out masks that eerily resemble her 30 Rock costar Alec Baldwin.

Fey thought it was just a generic mask of a man. Supposedly, it is supposed to be a Jim Parsons mask. But it clearly appeared to be the visage of Amagasett’s Alec Baldwin.

Watch Fey explain how this came to be: