Castle in the Sand: A Look Inside Joe Farrell’s Sandcastle Sandcastle from the back, Photo: Courtesy Farrell Building

It’s a provocative observation that writer Jorge Luis Borges put forth years ago, the ephemeral but hopeful nature embodied in sand. It can inspire and support, but there’s that tendency for it to run through your fingers like time, difficult to hold onto. Not always impossible, however.

“When I was in 10th grade, there was this kid I was friends with, and he had this really cool dad who owned 30 Burger Kings.” Joe Farrell has a glimmer in his eye as his story begins. “When the parents were away, we used to go to the house, and they had a room off their bedroom that had an in-ground Jacuzzi with a fireplace. It blew my mind. Coming from a normal, middle-class house, I just thought, Oh my god! And I was just realizing that we have that setup here.”

There is a genuine sense of wonder emanating as the founder of Farrell Building Company recounts this memory—and realizes, for the first time, it seems, the fact that it’s come to life inside Sandcastle, the house that he and wife Kristen and their three children call home. The Bridgehampton property has a tendency to elicit that kind of emotion.

Since ground was broken there 10 years ago, Sandcastle has become the stuff of legend. People still recount with awe stats like 26,500 square feet and half-million dollar two-week summer rental fees, or 11 and a half pristine acres and an 18-month build time, for the same reason baseball fans still talk about Ted Williams hitting .406 and Joe DiMagggio’s 56-game hitting streak in the same season 70 summers ago—taken together, they are bigger than the time and place in which they exist. And something we may never see the likes of again.

Yes, Sandcastle is special, even for people in Joe and Kristen’s profession. Or perhaps especially for them. “We’re not the shoemaker with the bad shoes,” Joe says with a laugh. “But we never dreamed this house would become what it is.” The Farrells believed in the dream of the house itself, of course, which was more belief than most had in its early years.

Flash to 2009, the U.S. real estate market reeling and the financial crisis hitting every sector. Bloomberg News pulls up a satellite truck outside the house. “It was the summer we had moved in,” Kristen tells. “It was the meltdown, and we had built our office and the house, so we were essentially keeping the entire company employed with those two projects.”

The media, the mainstream, almost everyone was looking sideways at such new construction and the market in general. But Joe had prepared for the moment. “I had sold all of our houses, knowing something big and bad was happening,” he says. “It was the first time I ever got out of all my real estate. Everyone, even a couple of my mentors, told me, ‘You shouldn’t build that office, you shouldn’t build that house.’ I told everybody, I’d rather have my money in that house than in any bank in America right now. So Bloomberg shot live from the house, all day, saying who would do this during a meltdown? And it turned out to be the right choice.”

Today, strolling through Sandcastle, the feeling it emits is…cozy. Is that a function of design and décor? Yes, in part. But moreover, it’s the energy and warmth of family, reflected outward. And that—beyond the two-lane bowling alley in the basement or the indoor basketball court or the bedroom and living room inspired by New York’s Pierre Hotel—is what truly sets Sandcastle apart for its owners.

“The nice thing about our home is when we moved in, our kids were all very small,” Joe says. “Now the kids are growing into the house”— Jack is 11; Kate, 13; and Joey, 16—“and they’re using it more than ever. All of a sudden I’ll be upstairs and I’ll hear the basketball going, and it kind of warms my heart. The kids are down there at 9 o’clock at night, playing HORSE. Their friends will come over and they’ll use the bowling alley, or they’re horsing around in the backyard on golf carts.”

In addition to a tennis court, 60 x20 pool, half-pipe and guest house, that backyard also contains a baseball field, the site of Thursday-night family softball games that have become an annual tradition. “Even my kids who don’t play in the game, they’re like, ‘Dad, that’s our favorite night of the summer.’ Our company comes, our contractors come, we have a barbecue at 6, Mr. Softee comes at 7. It’s just a beautiful place. I was out there at 6:30 this morning, feeling very grateful to live there.” You can picture him, not unlike Ray Kinsella standing upon his diamond in the cornfields of Field of Dreams. Is this heaven? No, it’s Bridgehampton.

Sandcastle is that house, the one where all the friends visit all the time, the site of sleepovers and celebrations big and small. “We really enjoy being home with our kids and their friends,” Kristen adds. “That’s awesome. We have the space, so each kid can have a group of friends over. The only problem is making breakfast for all of them,” she chuckles.

The kitchen, naturally, is the heart of the home, and not just when cooking pancakes for a small army of overnighters. Yet in a house with a 10-seat theater, a sun porch, and a flower-cutting room, many spaces vie for the title of favorite. Both Joe and Kristen quickly note that one of the most special rooms is the spa, an exquisite subterranean escape with sauna, steam room, and that in-ground hot tub and a fireplace that settled into Joe’s subconscious many years ago.

The underground realm of Sandcastle is its soul. Unlike traditional Farrell builds, that’s where the home began. “It really started with the basement. The house had to be so long to get the bowling alley in,” Joe says. “Not only did we get the bowling alley in, we got the other stuff—the Air Lounge, where the kids have a half-pipe, a rock-climbing wall, a theater to put on shows.” The basement also offers virtual golf, a DJ booth, a model train room… “And then we had to create a big space for the squash court, which converts to a basketball court and a racquetball court. Once we fit all those things, we had the foundation of our house. That’s why the house got so big.”

Its mass may only be outshone now by its moniker, Sandcastle. If there is a better name for a home here on the East End, consider yourself challenged to produce it. “Since the day we met,”
Kristen says, “we spent a lot of time at the beach. We were always building sandcastles with the kids. It was that first move-in week, and we drove down the pathway and we stopped the car and
took a look, and I just remember turning to Joe and saying, ‘Here’s your sandcastle.’ Then someone asked us if the house had a name, and I said, ‘We kind of call it Sandcastle,’ and then it just took off.”

And when something works, you stick with it. Other homes they own in various locales have been dubbed Snow Castle and Sun Castle, “and then we have a house in Montauk,” Joe says. “That’s called Surf Shack.” Kristen describes their retreat at The End reverently as an 800-square-foot, well, shack. On the surface, it would seem the antithesis to Sandcastle, “but that’s where the kids are happiest,” she says. “There’s a perception that when kids grow up in a big home, then that’s their expectation. But that’s really quite the opposite of how our kids are. They know it’s a little bit of Disneyland, and we’ve been really conscious of teaching them that, and they actually prefer Ditch Plains. They love small spaces.”

Which is good, since one day Joe and Kristen plan on moving to a smaller place. But not any time soon. They aren’t even planning on leaving Sandcastle to briefly welcome high-season renters, whose ranks over the years have included Beyoncé and Jay-Z, and an anonymous guest who paid $300,000 for a single week in 2014. They even turned down a seven-figure offer for this summer, Joe reveals. “And the person called no fewer than five times over two weeks. It’s tough to turn down, but with our kids getting older, how many summers do we have left at the house?”

The unknown number of summers to come, and those already past, are indeed built on sand. The family’s memories, though, have not been forged by Sandcastle itself, just the people inside. “None of our kids are attached to the house,” Joe says, “which we really like and really think is healthy. We tell them it’s just our nest. Imagine how many families are going to live in this house over the next hundred years. You don’t own it; you just kind of borrow it while you’re here.”

Get more Hamptons real estate and luxury homes at BehindtheHedges.com. 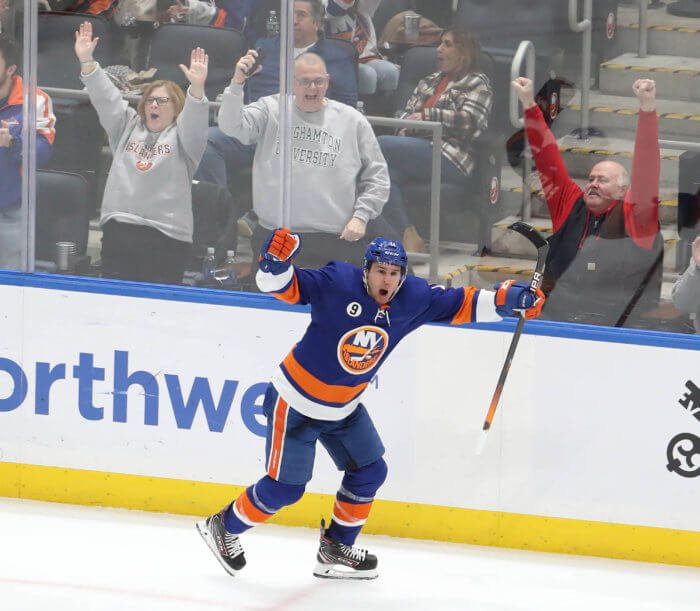