He was drawn to it.

Maybe it was that serene stretch of Havens Beach that beckoned him to cast off the noise of city streets and explore the bay. Perhaps it was the chance to keep company with other creative artists. Or, possibly, it was finding freedom from the still-segregated societies of the East End, New York City, and the Deep South of the 1950s.

Before discovering that safe place, Langston Hughes, the “poet laureate of Harlem,” led the jazz-age Harlem Renaissance. The African American neighborhood’s culture inspired poets, artists, musicians, and intellectuals to celebrate black consciousness in the 1920s and 1930s. Throughout the 1940s, “Hughes, more than any other black poet or writer, recorded faithfully the nuances of black life and its frustrations,” wrote PBS Utah.

By the 1950s, the social activist, novelist, playwright, and journalist — the man whose musical poetry anticipated that of the Beats, Black Arts poets, and rappers — was ready to remove his shoes and feel sand between his toes.

Descended from paternal great-grandmothers who were African American slaves and paternal great-grandfathers who were white slave owners, James Mercer Langston Hughes’ started life in Joplin, Mo., in 1902. Abandoned by his father, the young boy was raised by his mother and maternal grandmother. Hughes later recalled being “unhappy for a long time, and very lonesome … and I began to believe in nothing but books and the wonderful world in books — where if people suffered, they suffered in beautiful language.”

In Illinois, his grammar school English teacher stressed the importance of poetic rhythm. With only two black students in his class, he was elected class poet because “everyone knows — except us —that all ‘Negroes’ have rhythm,” he remembered wryly. So he started writing poetry. In high school, he read Carl Sandburg’s work, edited the yearbook, wrote for the school paper, and sent his work (unsuccessfully) to magazines.

After graduation, he traveled to Mexico, down Africa’s west coast and to Spain on a freighter, and to Paris, exploring what he called “racial rhythms;” African American publications and Vanity Fair magazine published his poems.

He was influenced by the late Walt Whitman, whom he called “America’s greatest poet.” En route to Africa, in admiration of Whitman’s statements on equality with black slaves, Hughes tossed all his books overboard — except for Whitman’s Leaves of Grass. Hughes’ poem I, Too became popular: “I, too, sing America. I am the darker brother. They send me to eat in the kitchen …,” He included Whitman poems in his anthology The Poetry of the Negro and recommended that black writers read Whitman.

Back in the states, he pioneered jazz poetry’s simple style and syncopated rhythms backed by jazz combos. While working as a dining room busboy in Washington, D.C., in 1925, he slipped his poem “The Weary Blues” beside the poet Vachel Lindsay’s plate. After reading Hughes’ lines about the bluesman — “With his ebony hands on each ivory key he made that poor piano moan with melody. O Blues!” — Lindsay introduced the young poet-author to publishers. Hughes graduated from Lincoln University in Pennsylvania, the first historically black university, in 1929; his first novel, Not Without Laughter, won the Harmon gold medal for literature.

Starting in 1942, he worked for the New York Post and the Chicago Defender; his poetry flourished, ignoring classical forms, incorporating improvisational jazz and black folk rhythms.

POETRY ON THE PORCH

About 100 miles east of Manhattan, summer bungalows for upper- and middle-class African Americans sprang up in the 1940s and 1950s in Sag Harbor Hills, Azurest, and Ninevah, known as “SANS.” Returning World War II soldiers and other blacks bought properties because it was nearly impossible for them to get mortgages or have beach access anywhere else because of anti-black laws and attitudes that perpetuated mortgage discrimination and segregation.

Hughes frequently headed to Nineveh Place in the 1950s to stay with his college roommate, historian William Pickens. They read poetry on Pickens’ porch, about “workers, roustabouts, and singers, and job hunters…— people up today and down tomorrow, working this week and fired the next, beaten and baffled, but determined not to be wholly beaten …,” wrote Hughes.

He continued writing what he knew about loneliness, despair, and humor, and recorded spoken-poem albums with such jazz greats as Thelonious Monk and Charles Mingus before dying of prostate cancer in 1967.

Hughes’ pioneering works have survived for more than half a century: Today, Ice-T, Mos Def (Yasiin Bey), and other rappers celebrate Hughes’ jazz poetry, and in Nineveh, the poetry porch is featured on the Literary Sag Harbor Walking Tour. 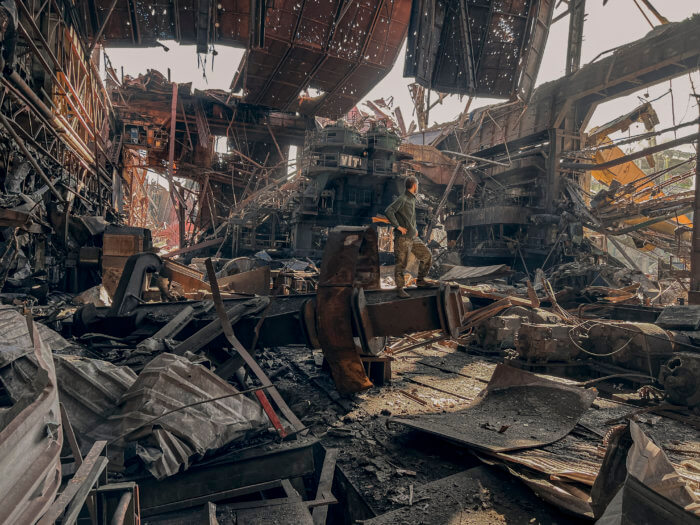