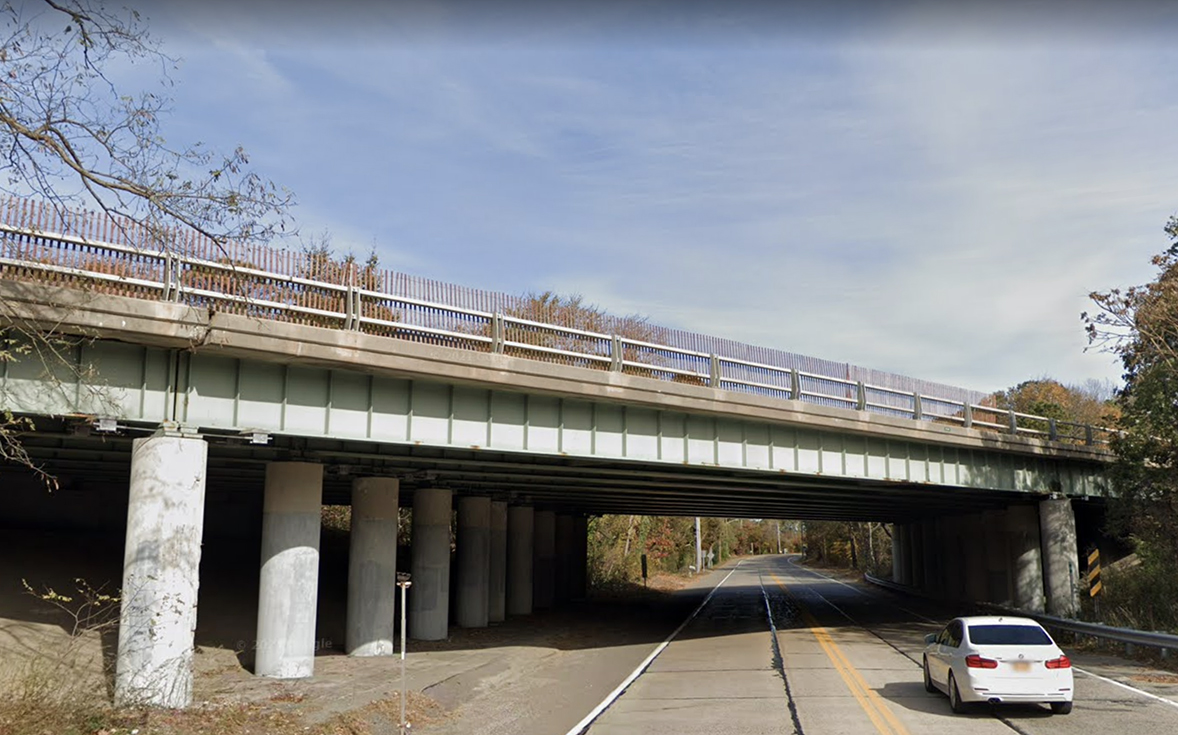 The 2022 Key to New York State Highway Bridge Data report, released by the NY State Department of Transportation, says the Sunrise Highway Bridge that runs over North Road in Hampton Bays is rated as being in “poor” condition per the federal rating standards utilized by the NYSDOT.

According to Assemblyman Fred W. Thiele Jr., who sent out a notice about the bridge on Monday, for a bridge to receive a poor ranking, it must rank 4 or less on a scale of 1–9 in one of the following evaluated criteria: the deck, the superstructure, or the substructure. “The Sunrise Highway Bridge, which has more than 40,000 daily motorists, was found to be deficient in its spalling concrete used within its columns,” Thiele explains, adding, “While the bridge is of a poor rating, it remains safe to carry legal loads as permitted by the Department of Transportation.”

A project to make necessary repairs on the bridge has been scheduled and the Department has assigned its Bridge Maintenance Group to actively monitor and make temporary repairs as necessary to ensure the bridge’s ongoing safety.

“Resilient infrastructure is the basis of a safe community and the hallmark of an economy in motion,” Thiele says. “That’s why it is so crucial that our roads and bridges remain dependable even as they age. I applaud the Department of Transportation for working to proactively ensure safety while addressing the current deficiencies of the Sunrise Highway Bridge, but share the same concern as the thousands who traverse the bridge daily: Why did it get to a poor rating in the first place?” the Assemblyman asks, noting, “Now more than ever, infrastructure must be a top priority at the federal, state, and local levels if we are to maintain a healthy foundation for our everyday lives.”

The NYSDOT reports 33% of pavement on Long Island is currently rated fair or poor (according to Fox 5), while the Office of the Nassau County Comptroller says 1% of locally and state-maintained bridges on Long Island are rated in poor, or structurally deficient, condition, and 56% of bridges have been rated in fair condition, meaning minor deterioration has occurred. Infrastructure improvements are needed throughout Nassau and Suffolk counties.

The scheduled repairs of the Sunrise Highway bridge over North Road in Hampton Bays does not depend on the 2022-2023 budget. It is funded through the five-year NYSDOT Capital Plan, which continues to address a long list of projects since it was adopted in 2016.