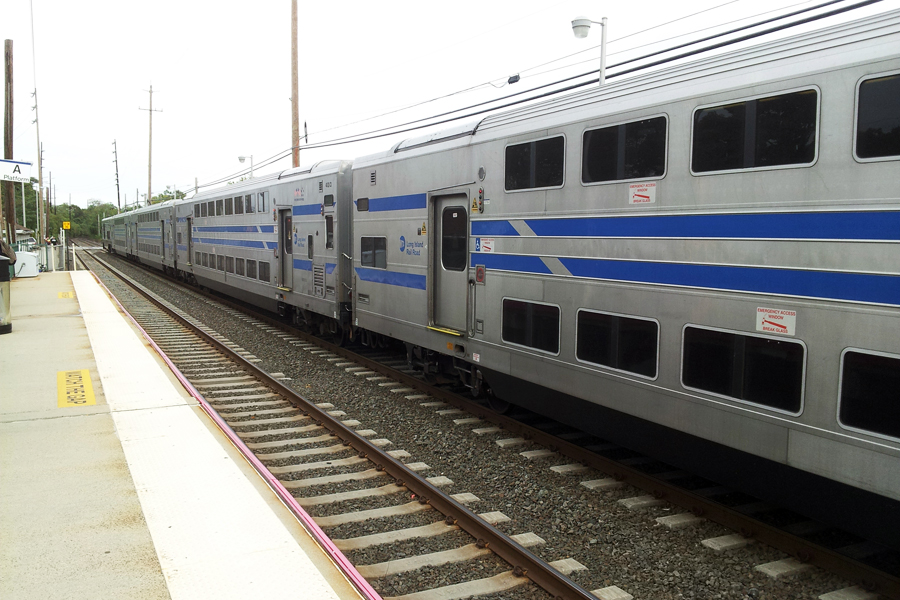 On May 25, 2019, a Long Island Rail Road train crashed into another LIRR train east of Speonk because of a broken track switch. Though nobody was injured, removing the crumpled derailed engines shut down the entire line for two straight days.

Now a guilty verdict has been reached in the trial of the employee whose negligence caused this, and his sentence could be four years in prison.

For many years, LIRR workmen cheated the railroad out of pay by having doctors declare them victims of job-related injuries resulting in permanent disabilities. A newspaper subsequently published photographs of so-called “disabled” railroad men bowling and skiing. People went to jail.

However, the cheating has apparently continued on, now with employees falsely reporting massive hours of overtime.

A week before the crash, on April 26, employee Stuart Conklin reported that his overtime was to inspect the track switch at Speonk, which he reported as working properly when in fact the surveillance cameras over the 24 hours of that day at that switch do not show him ever there. Then prosecutors noted his cellphone calls that day were in and around Ronkonkoma where he lived.

Making $25,000 in bail, he’s now living in Texas, but he’ll be back to hear his sentence. The broken electronic switch is what caused that accident.

The record holder in 2018 for falsely reporting overtime was Tom Caputo, a track worker who claimed he worked 10 hours of overtime every day in addition to his regular 40-hour work week for a year. He made $461,000 during that stretch, a dedicated railroad employee with no time for other things. However, this past February he pled guilty to fraud and was sentenced to eight months in jail.

Bad things can happen when cheating and lying go on.