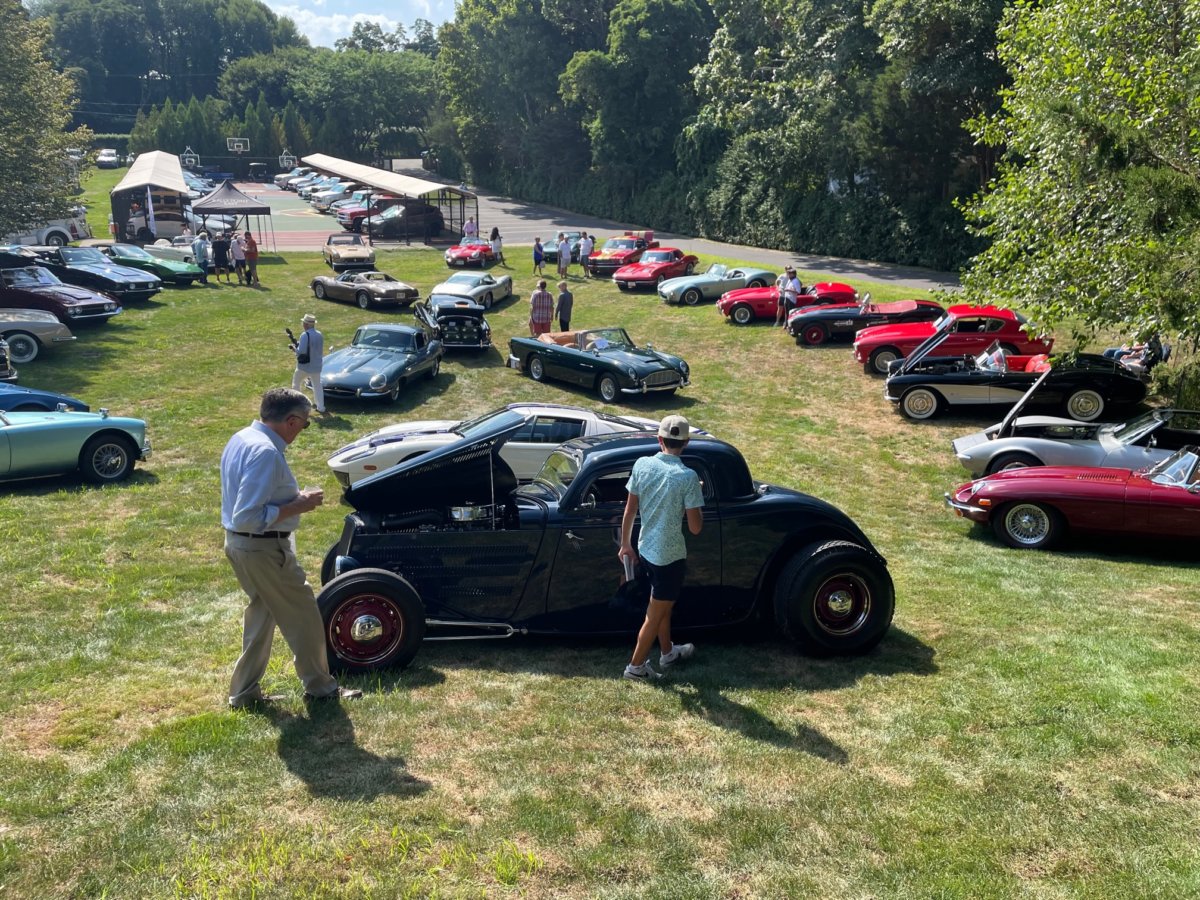 Adam Levine sent the green 1970 Maserati convertible from a Maroon 5 video. Sammy Davis Jr.’s Rolls Royce Camargue was nearby. Jeff Vogel of Bridgehampton stood proudly next to his 1964 Lotus Elan. Its rarity? According to him, the fact that: “It never leaked oil.”

Welcome to the first annual Southampton Fresh Air Home Concours d’Elegance. The event was held Saturday on the Southampton grounds of the Fresh Air camp. The group provides programs for children with disabilities.

Arnold’s 1953 Packard convertible was parked by lot of Porsches. Nearby Aston Martins looked like they’d just rolled off the set of a James Bond movie. Some brought more than one car to show off.

“This is our 1991 Nissan Figaro convertible,” says Parker O’Brien. “We also have a 1957 MGA that’s gorgeous down there,” she beamed.

The “down there” was the grand lawn festooned with Ferraris, Fords, Jaguars and Bugattis. Mitch Kates brought his 1968 Corvette. Scott Simon called his 1971 Fiat Spider a “very reliable and fun driver.” Hey, it got there.

Car aficionados (and just tire kickers) paid $150 a head to stroll the lawns and sample hors d’oeuvres from Thyme & Again. There was a boutique with jewelry and clothing. Some were car related.

The program outlined the challenges for the group. A $5,000 donation brings nine campers to the facility. The Life Skill Labs program that “foster independence” is $2,500.

Clearly, many in the crowd can afford it. One Bugatti owner called his six-figure purchase an “impulse buy.” But, he added, “It gives me great pleasure to share it with the Fresh Air Home Concours patrons.”