Sheltered Islander: A Pile of Leaves – You Can Jump Right In 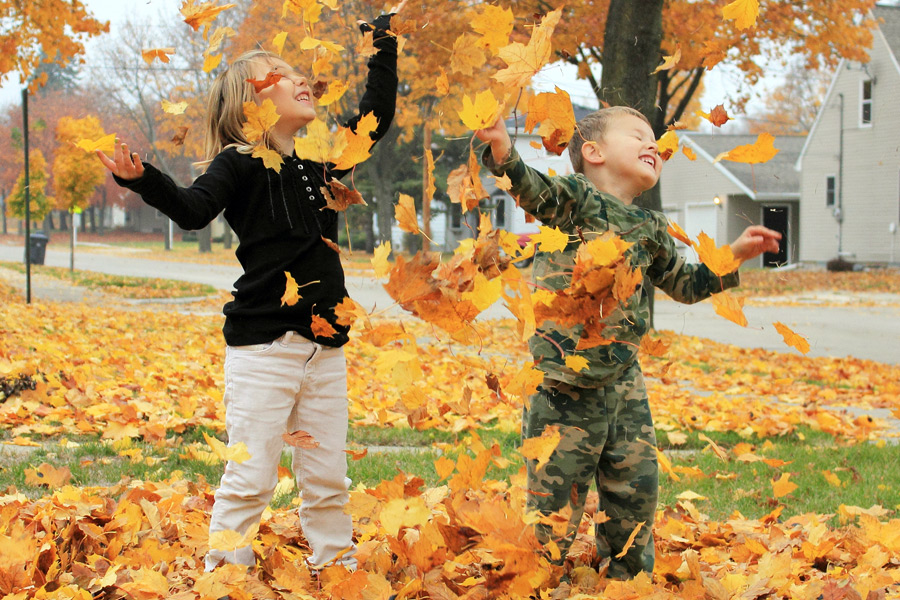 Try this at home, Photo: BigStock

The Island is awash in a swirling canopy of autumn leaves. Once again we see the rite of passage for anyone who lives in New England—the art and science of leaf piling, jumping and relocation. There are four kinds of leaf piles: height, width, density and location.

Height: Any pile of leaves higher than waist-high should be regarded as highly suspect, especially if raked by teenage boys. They tend to hide things in piles like bikes, lawnmowers and rusty motor parts. From ages 15 to 25, men seem to take a perverse pleasure in seeing each other get hurt. There’s a film series called Jackass featuring (big shock) men doing jackass stunts like jumping into piles of mystery leaves.

This sadistic humor really seems to be a guy thing. My girlfriends and I never hit each other in tender places and thought it was funny. I don’t recall ever seeing my mother and her friends hitting each other in the boobs or try to gross each other out with mystery smells. It’s gotta be a guy thing…

Width: Wide piles are designed for running through. It’s the second greatest joy of autumn, next to eating grilled cheese sandwiches and tomato soup on a cold rainy day. There’s no joy like working up a head of speed and running blindly through the pile with the smell of damp, partially moldy foliage filling your nostrils. There is a cacophony of laughing, screaming and wheezing. The only thing to fear is Mom if you break your glasses or chip a tooth on another kid’s head. It is amazing the speed and intensity of rage generated by broken teeth or glasses.

High Density Pile: This is the pile style designed for quality jumping. You can jump from a tree, back of a porch or a pick-up truck. A low roof is perfect for this. Raking a pile into just the right height and density is an art form. It’s like the low-rent version of building a piano. There’s lots of heated debates over technique, some rake jousting, and always one crybaby who goes to get Mom because no one wants to make the pile his way.

This always brings out an angry mother who threatens to beat any children who fight. Everybody knows what to say, so they say it quickly to get rid of Mom. As soon as she’s out of sight, the crybaby is threatened and tied to a tree Mom can’t see from inside.

Location: Fun locations are chosen by kids. Serious locations are chosen by dads. Dads take time to figure out the most strategic location to park the truck for leaf loading. They analyze wind and weather to minimize any leaf loss. Their calculations are very precise. It’s like they’re planning the invasion of Normandy’s beaches. All kids know they can watch, but nobody better run through Dad’s leaves.

Children are told to shut up, but some just can’t resist the urge to tell Dad a better way to do it. This is usually met with death rays shooting from his eyes until the genius kid realizes he’ll live longer if he opts for silence now. Grown men argue about leaf- and town-bag stuffing methods, but the rule of male etiquette seems to be that the oldest male wins. His opinion is only superseded by the oldest female. I think in every culture in the world, Grandma has the real final say.

The next time you watch families rake together, remember that the family tree is telling you much more about that family than just who’s hanging from the branches.