Martha Stewart Will Be a Judge on Food Network’s ‘Chopped’ 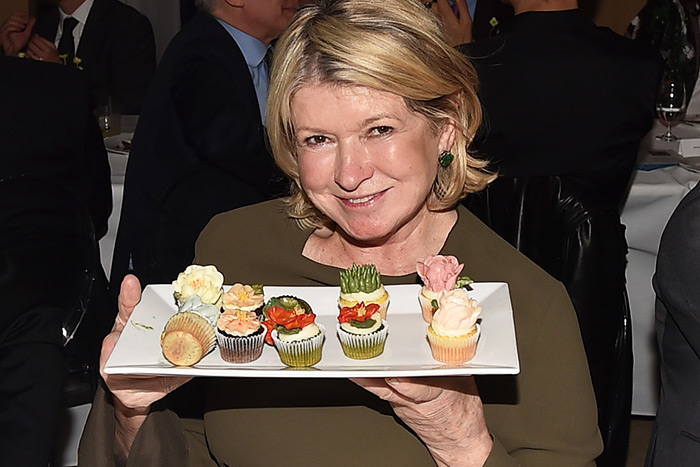 East Hampton lifestyle diva Martha Stewart has yet another television gig—this time she’ll serve as a judge on the upcoming season of Food Network’s popular quick-fire cooking competition Chopped. Discovery Inc. made the announcement at its upfronts to advertisers on Tuesday evening, Variety reports.

For those not in the know, Chopped gives each of four competing chefs a “mystery basket” of ingredients, always including one odd item, which must be used to create dishes for Stewart and company to judge. Challenging ingredients from past seasons include such items as green tea leaves, fiddlehead ferns, squid ink, Vegemite, Rocky Mountain oysters (bull or sheep testicles), stinging nettles, pickled pig lips and sea cucumber—to name a few. The winning chef walks away with $10,000.

Variety‘s report does not specify the number of episodes Stewart will participate in or whether she’ll serve as a guest judge—something she’s done before—rather than a weekly member of the cast. Should she be a full time judge, the lifestyle guru will surely add something fresh and fun.

Stewart has been doing an excellent job of updating her image with genuinely funny and accessible appearances on a variety of late night talk shows. At 76 years old, she’s been poking fun at her well-mannered reputation and surprising fans with choices like her unexpected partnership with rapper Snoop Dogg on their VH1 show Potluck Dinner Party, where the duo makes meals and dines with an interesting blend of their celebrity friends.

Chopped, which debuted in 2009, is currently in the midst of its 37th season, with episodes airing Tuesdays at 10 p.m.