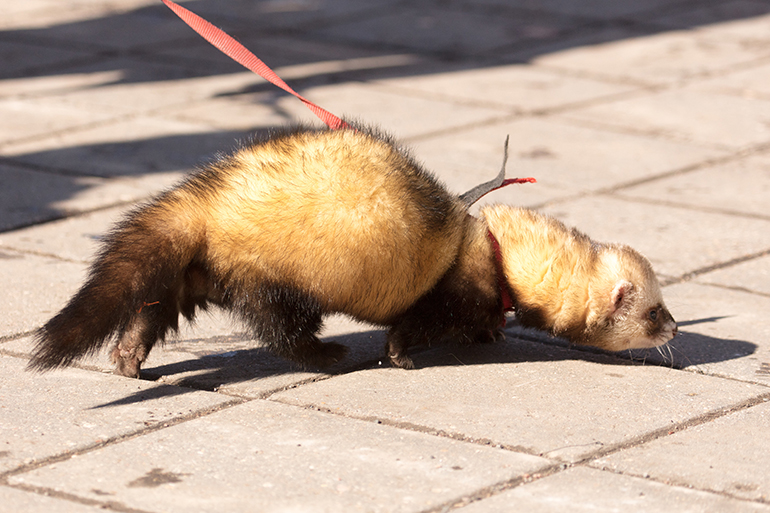 The Hamptons Police Department announced the addition of 14 highly trained ferrets to the force this week.

All former pets rescued from neglectful homes around the East End and points west on Long Island, the ferrets will take on simple work to start, such as handing out parking tickets and finding lost citizens.

But they will begin officer training school on Monday to learn more advanced duties, including hostage negotiation, DWI checks and the recapture of escaped prisoners. They will also track down criminals with warrants who fail to appear in court.

According to HPD spokesman Rex Gallant, a variety of uniforms are currently being tailored to fit the 14 ferrets, each representing their individual roles on the police force. All of the uniforms will include a Ferret Animal Response Team patch to differentiate them from any of their human counterparts. No ferret will be given a gun, but Gallant says their claws and teeth are “all the arms they need.”

The spokesman also noted that taxpayers needn’t worry about these 14 additional officers. No member of the Ferret Animal Response Team will receive a paycheck. Instead, the small mammals will be awarded plenty of food and cedar chips in their plush housing unit, which is located within Hamptons Police Department’s new R&R facility in Montauk.

Residents should start seeing the ferrets out on the beat as early as next week. They will begin taking on the more complex jobs following training, which is expected to be completed by June.