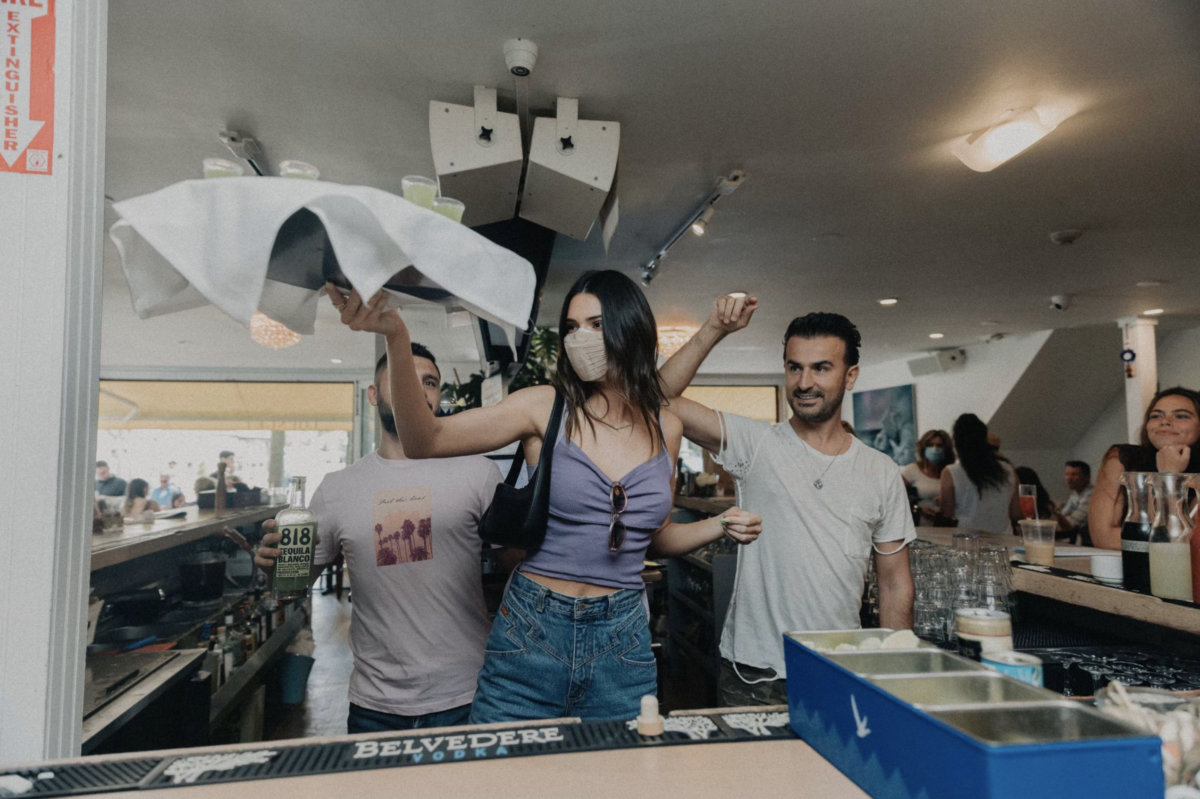 Kendall Jenner and her boyfriend, Phoenix Suns shooting guard Devin Booker, hit the Hamptons with a vengeance as they mixed business with pleasure.

First, the reality star turned supermodel and entrepreneur was spotted wearing Booker’s Tokyo Olympics gold medal while relaxing on a boat as he jumped in the water. From there, the young power couple made stops at Cittanuova in East Hampton and 75 Main and Dopo Argento in Southampton on August 16 to celebrate the New York launch of Jenner’s 818 Tequila.

Jenner wowed diners at 75 Main in Southampton as she and owner Zach Erdem hopped behind the bar to serve complimentary custom shots of 818 to everyone in the restaurant.

Jenner and Booker kept the party going on August 17 as they hit several hotspots in Montauk, including Ruschmeyer’s, Gurney’s, Sandbar and Bounce Beach, where she also served revelers 818 Tequila. Finally on August 18, or 8/18, the couple hit Sunset Beach on Shelter Island for a final gathering with friends, including model and Hamptons regular Karlie Kloss, socialite Derek Blasberg, model and influencer Luka Sabbat and Fai Khadra of DJ duo Simi & Haze.

As part of the launch, Jenner found a lovely spot in East Hampton to photograph herself for the @drink818 Instagram posing in front of 818 Tequila’s heavily branded NYC Checker Cab, which was repainted in two shades of green and emblazoned with “Kenny’s Tequila Taxi” on the door.

Jenner and Booker celebrated their one-year dating anniversary in June.