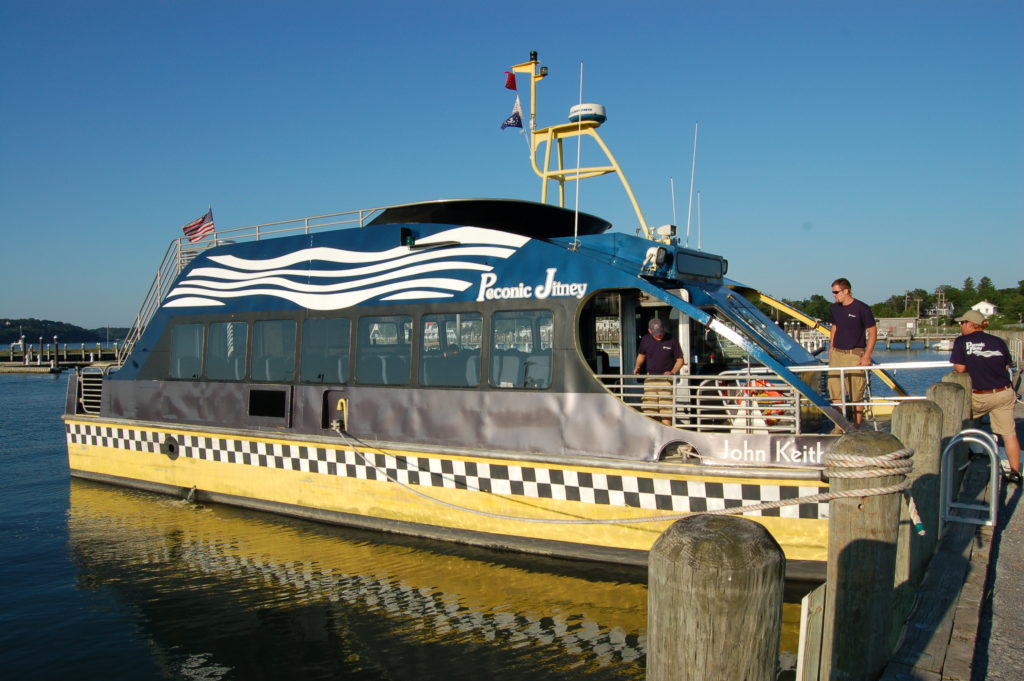 A proposal to restore the Peconic Jitney, a passenger ferry that first shuttled passengers between Sag Harbor and Greenport a decade ago, has advanced, but still faces a few hurdles.

The Suffolk County Legislature approved the five-year ferry license at its April 12 meeting, but the village boards whose jurisdiction includes the two landing sites have yet to schedule a vote on the contract to finalize the route. The ferry, a subsidiary of the Hampton Jitney bus company that connects passengers between New York City and the Hamptons, averaged 19 passengers on its 53-passenger boat during its 83-day trial run.

“The water jitney helps to address the lack of north- and south-bound transportation options on the East End, and we believe it will also promote the areas natural assets, helping to stimulate economic growth,” Hampton Jitney President Geoffrey Lynch said when the service did its trial run in 2012.

Drivers trying to get from the South Fork to the North Fork or vice versa currently have two options: Dive through Riverhead or cut through Shelter Island by taking its two car-carrying ferries.

The Peconic Jitney wants to use the same terminals as it did in 2012: Long Wharf in Sag Harbor and Mitchell Park Marina in Greenport. The trip takes 45 minutes and ferries would run every two hours June 17 through September 18. It would run 9 a.m. to 10 p.m. daily in July and August but June and September would be limited to Friday through Sunday.

Suffolk lawmakers also approved the ferry fares: Adults are $20 one way or $37 roundtrip, accompanied minors are $15 one way or $30 roundtrip, $1 for pets, $5 for bicycles, and $25 for freight packages.