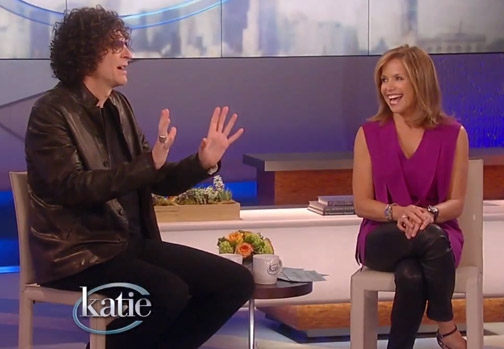 East Hampton resident Katie Couric recently began the second season of her daytime talk show Katie on ABC, and already there are rumors that it is headed to cancellation—but you can’t keep a good woman down for long.

Speculation is flying that Couric’s next move could be to CNN to replace Piers Morgan or to The View to take over for part-time Southampton Village resident Barbara Walters, who is expected to retire next year. However, Couric told E! News there is no truth to reports that she will co-host The View. “It’s very flattering,” she said. “I’m a big fan of Barbara’s and a big fan of the show, but it is completely false.”

Couric is a former host of Today and she was the first woman to anchor a network television nightly news broadcast, namely the CBS Evening News.

Just a couple of her Hamptons-notable guests on Katie have been Howard Stern and Alexa Ray Joel.