Calm Before the Storm: A Warning for Hurricane Season 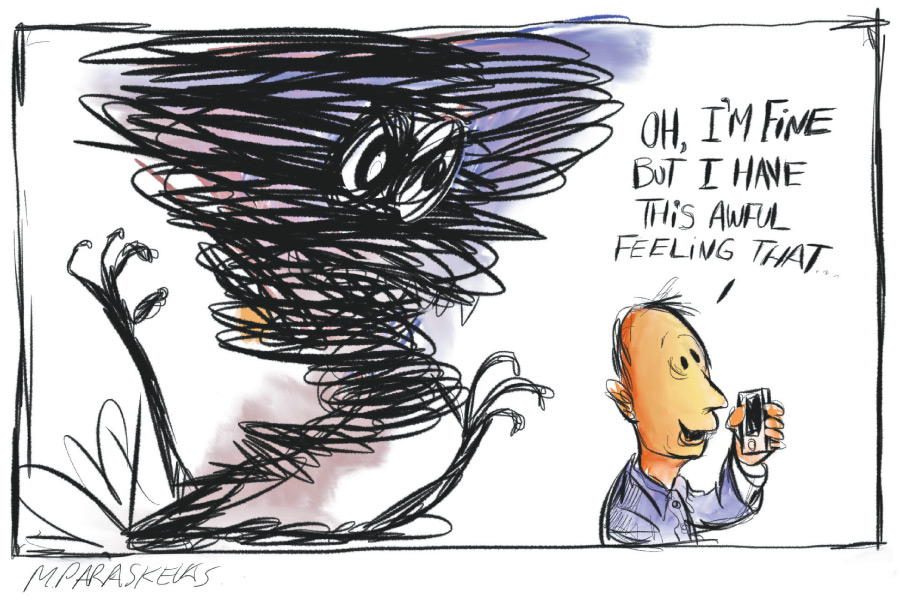 People say the East End this summer had the most beautiful weather ever. Temperatures have been in the 70s and 80s. Not only was there no day with temperatures over 100, there was only one day when the temperature reached 90. Rain mostly came at night. We’d wake up to glistening foliage on the trees. The skies were sunny.

Frankly, it scares me. We are now entering the heart of the hurricane season. So far, no hurricanes have come, there have been only a few rumblings in Africa, which is where they start from, and those entering into the Atlantic have been pathetic. I think we are being set up.

Have you ever been out hiking in a forest at night and you saw a flash of two huge yellow eyes from behind a tree? That’s what I’m feeling.

I’ve been following the news and the weather on the East End since 1960. We had a few good blows in the early years, hurricanes that came through. One hurricane I recall blew down all the tents at the Hamptons Classic Horse Show. But we recovered.

Then there were changes in the weather. In 1995, a tornado hit. We’ve had two since. Three years ago, we had an earthquake that shook and then emptied the Dan’s Papers building of all its employees, and less than a week later, Hurricane Irene hit. Two years ago, we had that monster, Sandy. I don’t know if you remember, but the year after Sandy, we had no hurricanes. Now this year, it’s doing it again. I don’t like it.

Two weeks ago, the gods did send us a sign. In one 24-hour period, a trapdoor in the sky opened and a huge downpour inundated central Long Island. At Islip-McArthur Airport, nobody was hurt, but 13.26 inches fell. This was more than the average rainfall here for all of June, July and August combined. All we got here that day, 50 miles away, was a little drizzle.

Watch the skies. You’ve been warned.