Jay Schneiderman isn’t convinced of the source of water contamination in Quogue.

The Southampton Town supervisor called for a deeper investigation to be done November 1, looking into water flow tables and test results at locations near the Damascus Road landfill to determine if it, or other areas, are the source of high levels of perfluorooctanesulfonic and perfluorooctanoic acid. These chemicals, known more commonly as PFOS and PFOA, are linked to health concerns like impaired fetal growth and damage to the liver, kidneys, and pancreas.

In February, the state Department of Environmental Conservation found levels of PFOS 150 times the federal health advisory level at the former Damascus Road landfill in East Quogue. The testing was conducted as part of a broader state investigation into how pollution from closed landfills affects groundwater.

The town provided bottled water to residents after further testing revealed PFOS was detected in 45 private wells within the area. Point-of-entry treatment systems were installed at two wells to treat hot and cold water through the main water line, where water first enters a home. The DEC listed the parcel as a problem or Class “P” site, or possible Superfund site, and the town was ordered to begin an investigation.

“We still found the same type of ratio, although it was a relatively rainy summer, so that might be able to explain some of the difference,” Weinstock said. “Anything you do from here into the future is a big decision, so you should be dealing with data that you have a lot of confidence in. Reproducing a value from a well sample twice and getting reproduction is the best way to verify that.”

The 30-year hydrogeologist and his team presented findings to the town board November 1. His conclusion listed the parcel as a possible Superfund site, but more a brownfield site, meaning an area with a potential presence of hazardous substance that is looking to be redeveloped or expanded.

“The site is more rightly described as a brownfield site than a ‘P’ site, and we should advance the case to move in that direction, which gives us more options for the land use in the future,” Town Deputy Supervisor Frank Zappone said. “There’s also some funding that would help any remediation that we want to bring to the site.”

He also said the town is part of what is known as a “solar mapping project” that the county, Sierra Club and a few other agencies are involved in, trying to find municipally-owned, large, vacant parcels of land that could be suitable for energy-related development. Zappone suggested this could be part of the redevelopment plan presented to the DEC. But Schneiderman said he’d like to see a water-mapping table developed to see if the flow of water could be carrying the contamination from other sources to the former landfill.

“We wanted to take leadership in this investigation, coordinating with the DEC and making sure we’re providing them with the information that they needed,” Schneiderman said. “But we don’t really have a lot of answers on that at this point.”

He said the northern end of the main runway at Francis S. Gabreski Airport in Westhampton Beach, a nearby explosive storage facility, and what he called a “mysterious” one-acre site on which nothing seems to grow could be clues affecting the results at Damascus Road.

Schneiderman said it is possible explosives testing was conducted on the acre parcel in the 1950s and 60s, and said that in the 1990s a plane crashed at the end of the airport strip and burst into flames, and fire-suppressant foam was used to snuff the blaze. PFOA and PFOS act as surfactants to improve the effectiveness of firefighting foams in extinguishing petroleum and other fires. The county is currently testing wells at the airport, and findings are expected to be presented in the next week or two. Weinstock said PFAS is also used in stain-repellent fabrics, polishes and waxes, and is also used in some health-care products like shampoo, dental floss, and eye makeup, saying some low background levels may be ambient to the area because it’s serviced by a septic system.

“The airport had the foam. Did they test it? Discharge it? Where did they dispose of it?” the supervisor asked. “I think we’re a long way from determining that this particular landfill is a source of this contamination.”

Water flows northwest in the East Quogue area, from the end of the airport strip to Damascus Road.

“There’s a foredrawn conclusion in the draft report that it’s one or the other, and I’m just not sure it is at this point,” the councilman said of declaring the former landfill site a Superfund or brownfield. “I don’t believe that this is actually a Superfund site. We have to go through more studies, but I’m not willing to jump to the conclusion that we are even contributing to the problem there. It could be, that’s why we’re doing additional investigation, but I think there are other factors we need to look at.”

“We need to widen our search for the source of the contamination,” he said. “A lot of this is anecdotal. We want to separate fact from fiction. Let’s talk to the manager of airport and get to the truth of the matter about fire suppressant and gain an aerial view of this.”

The town will be submitting its test results to the DEC while waiting for the results of the water table and Gabreski Airport well studies. Once complete, the draft report will be amended and signed off on by Schneiderman before being submitted to the DEC. 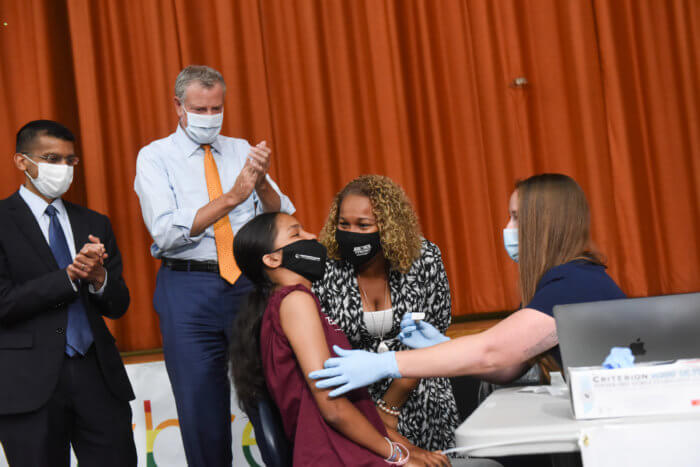