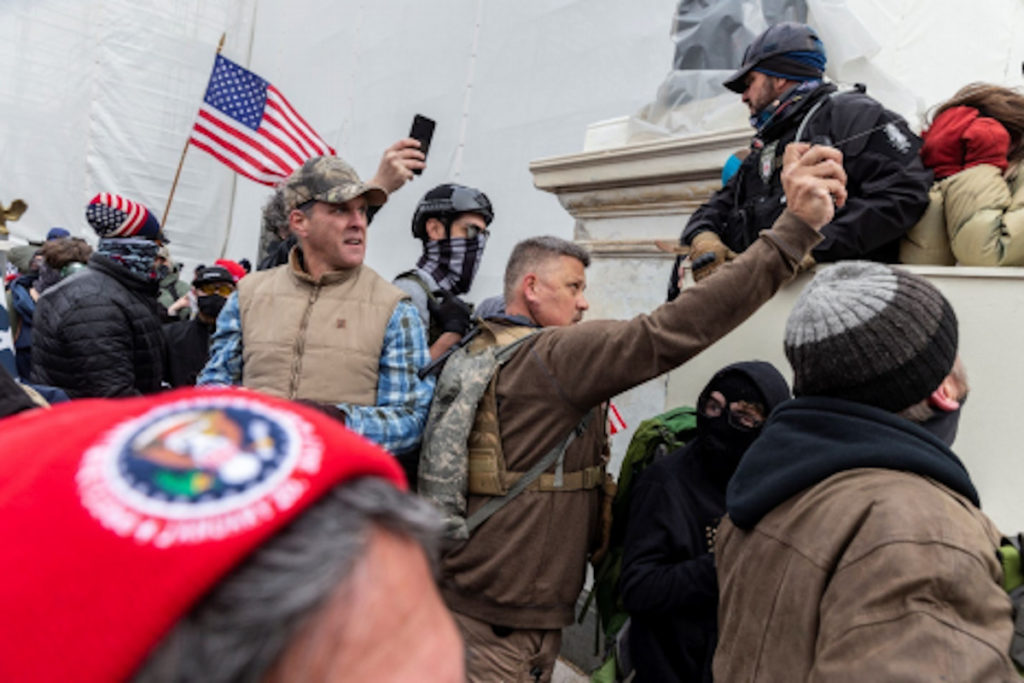 A Florida man who graduated from Greenport High School has been charged for his alleged participation in the January 6 deadly riot at the U.S. Capitol building in Washington, D.C., including allegedly spraying pepper spray gel at Capitol officers.

Christopher John Worrell, 49, of East Naples, Fla., was arrested Friday after a nearly two-month investigation into his involvement, in which FBI officials concluded that Worrell is a member of the Proud Boys and sprayed pepper spray gel at officers during the riot, authorities alleged in court documents.

He is the fourth person with Long Island ties accused of participating in the riot at the nation’s Capitol that left five dead, including a police officer. Three men from Bellmore, Freeport, and Huntington were previously charged with storming the Capitol while Congress was voting to certify President Joe Biden’s electoral college win.

The investigation into Worrell began on January 13, when an acquaintance of Worrell’s girlfriend, who lives with him, contacted the FBI with a tip that Worrell may have traveled to D.C. to participate in the riot. The tipster also provided a link to a video that allegedly showed Worrell at the Capitol riot, which was posted to his Facebook page, but was deleted by the time investigators visited the page. Investigators then interviewed Worrell on January 18 and reported that he became “agitated and upset that the FBI was at his house.”

“He eventually admitted that he was at the U.S. Capitol on January 6, 2021, but denied entering the U.S. Capitol building, and specifically denied any other wrongdoing or criminal conduct on his part,” investigators said in court documents. “He also became agitated when asked about the Proud Boys.”

According to the documents, Worrell told investigators that “the Proud Boys were not a racist white supremacist group like the media tries to portray.”

The court documents then outline a series of several photographs found through YouTube videos and other online sources of Worrell allegedly wearing Proud Boys gear, equipped with pepper spray gel, and spraying the gel.