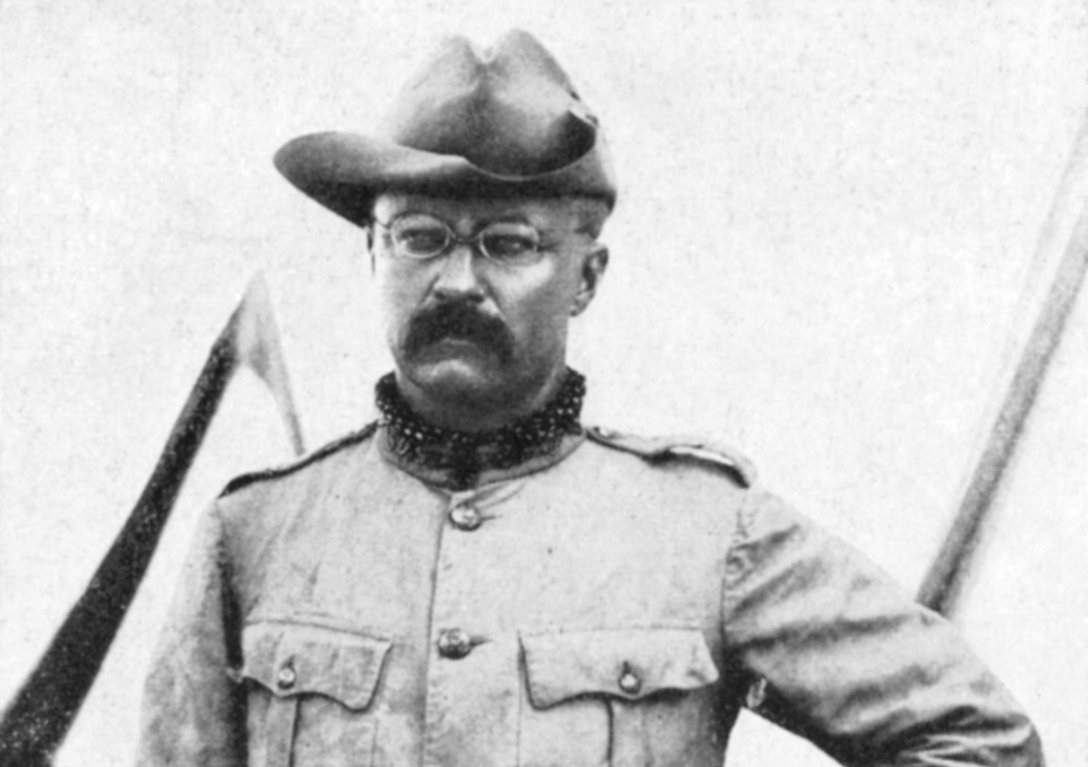 When the United States went to war in Cuba to drive out the Spanish rulers in the spring of 1898, young men everywhere volunteered. Teddy Roosevelt, who was then Assistant Secretary of the Navy, was one of them. But instead of just volunteering, he put together a group of Wild West cowboys he’d gotten to know when living in the badlands, added some of his pals from the upper class he’d known at Harvard, called them the Rough Riders and went off as an official regiment.

In Cuba, Roosevelt led his Rough Riders on a successful charge up San Juan Hill, and so became America’s first overseas war hero.

But after the war was won, President William McKinley was advised that because so many of the soldiers had come down with yellow fever and malaria while in Cuba, it might cause an epidemic if the troops were mustered out of the Army to return to their families right away. It would be better instead to bring the entire 29,500-man army to an isolated part of America to quarantine for a month. Let them recover. Then let them go home.

The place chosen for the quarantine camp, named Camp Wikoff, was in Montauk, and between late August and early October 1898, it was home for these men living in isolation in rows of identical white tents erected shortly before their arrival. Under the care of doctors and nurses in several large hospital tents, many men recovered, but the disease and infections killed about 340 men.

Roosevelt himself was not one of those who had gotten sick. As the troop ship carrying him and his regiment pulled up to the pier at Montauk’s Fort Pond Bay, he stepped off the gangplank and shouted to reporters there that he felt guilty for not being sick when so many of his men were.

As the men recovered, Roosevelt kept his Rough Riders battle-ready every day by riding horseback over all the hills and dales of Montauk on maneuvers. Photographs show them mustering for review and riding on horseback. Some include them displaying tropical birds they’d brought home from Cuba as pets.

When it was deemed safe in early September, President McKinley visited Montauk and met not only with his generals but with Col. Roosevelt at his tent site in Ditch Plains. Mrs. Roosevelt visited with their children; their daughters slept in Third House, the Army command center, and their sons stayed with the colonel in his tent at the Rough Rider campsite. In 1900 the Republican National Convention nominated McKinley, with Roosevelt as his newly named vice president.

In 2012, Third House and its surrounding 1,000 acres became the centerpiece of what was originally called Theodore Roosevelt County Park. It was good to be reminded of this man’s love of fresh air, exercise and hard work. In 2014 Suffolk County renamed the place Montauk County Park, dropping the Teddy Roosevelt association because Roosevelt never actually slept in the command center. This newspaper would like to see it put back. There is no other statue, park or plaza in Montauk celebrating Teddy Roosevelt’s time here before he became one of this country’s greatest presidents.