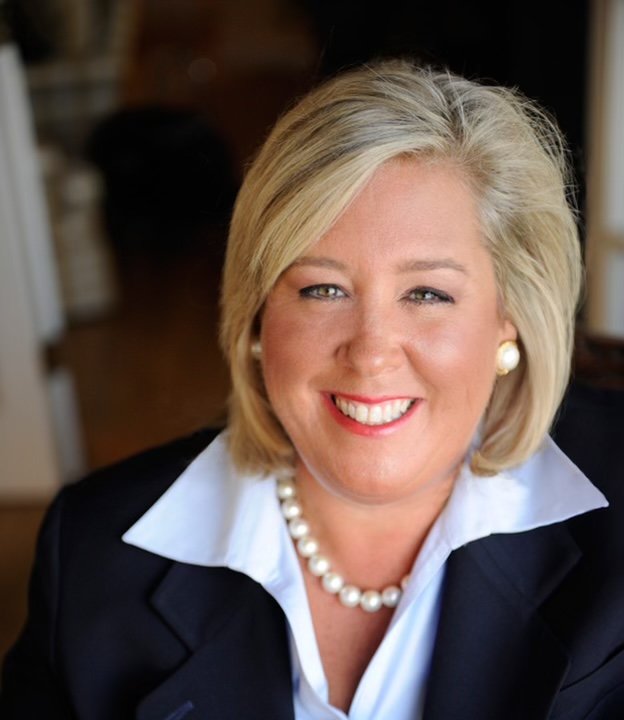 Rebecca Seawright is a distinguished member of the New York State Assembly representing New York’s Upper East Side, Yorkville and Roosevelt Island. Assemblywoman Seawright is a pioneer: the first woman to represent the 76th District in the legislative body. As an outspoken champion for her 133,000 constituents, Seawright is a power broker and a fighter for the City of New York.

Elected in 2014, Assemblywoman Seawright hit the ground running, and quickly became a force in the state Legislature. She currently sits on the powerful Assembly Committee of Ways and Means and the Committee on Education, among others. As a vocal and influential member, Seawright’s impact is felt in her home borough of Manhattan, from Montauk to Buffalo, and everywhere in between.

“My philosophy of government is linked to improving the lives of all of my constituents,” she says. “Being responsive and helping them with their critical needs, or to overcome challenges, is paramount. At the same time, we must fight to bring needed resources from and reforms to Albany and ensure vital programs, services and protection of rights and safety.

“For example, some of the best ideas for legislation come directly from my constituents,” she continues. “After learning about a health issue from a neighbor, we passed a bill to require that insurance companies cover 3D mammographies for women and men, which was signed into law and is now being modeled across the country. It’s a great example of how everyday New Yorkers can impact the legislative process.”

The Steering Committee operates with the intention of building consensus among the Democratic majority members in the body. Building consensus, which is oftentimes no easy task, is critical to the passage of legislation into law. In this capacity, Seawright is involved with key bills requiring mediation.

“Being effective and a strong voice for my constituents continues to drive me,” she says. “In my district, we have some of the best public schools in the nation, located on the Upper East Side, so fighting for our fair share of resources for education is always important to me. Also, we have the largest concentration of hospitals in the state — eight in total — sitting on the water by the East Side Esplanade. I work with advisory committees, made up of community members, and I feel very fortunate to represent this district with so much to offer.

“The hospitals are the leading economic engines that power not only the Upper East Side, but also much of the New York economy,” Seawright continues. “Strengthening and improving access to quality health care for my community and all New Yorkers is a major priority.”

Throughout her near-decade in office, Seawright has championed countless pieces of legislation that have benefitted the lives of hardworking New Yorkers. Some of her most notable accomplishments include sponsoring the Clean Waterways Fund, which was signed into law by the governor. The environmental organization, the League of Conservation Voters, has consistently awarded her a 100 rating in its annual ranking of legislators.

She is also the lead sponsor of an important piece of legislation that would guarantee that New York’s students can openly learn about LGBT curricula, a nation-leading and historic measure for the LGBT community.

Seawright also touts her role in supporting the completion of the Second Avenue subway line, which has helped to revitalize the local economy on the East Side, as well as expanding access to public transit. Her government office, she says, is located right by a post office and bus stop where many gather to refill their MetroCards, affording her the opportunity to assist them with their needs in an effective way.

As the elected representative for this portion of Manhattan, Seawright has dedicated her life to public service. Her efforts have been lauded by her peers and constituents alike, which have earned her prestigious recognitions, ranging from the 2022 Schneps Media Power Women of Manhattan Award to the Metropolitan Museum of Art’s 13th Annual Women’s Award. She was also given the Leadership Award by the New York City Board of Rabbis for her work to combat hate crimes.

“We passed two bills, one last session and one this session, to combat hate crimes in our community,” she says. “My campaign and government offices were targets of anti-Semitic attacks. I am committed to combatting hate crimes in New York, which is why I hold forums, speak with constituents and fight against anti-Semitism in every way.”

Seawright serves in the legislative body that is often referred to as “The People’s House.” With 150 members from all regions of New York, Seawright sees it as her mission to advocate for her communities. While it is easy to get lost in a body of this size, Seawright’s voice is heard clearly, her positions are respected and her influence understood by her colleagues in government.

Among the many bills that Seawright has introduced or sponsored is the Equal Rights Amendment, which included language that was added to the state’s constitution to ensure that equal rights are observed. She is the lead sponsor. Passing an amendment to the constitution of New York is no small feat, Seawright says, and the amendment gained broad support within the body.

“When the governor called a special session in July, one of the two bills on the agenda was the Equal Rights Amendment,” she says. “The New York State constitution has not been amended since 1938, which is surprising for a progressive state like New York. We are very pleased with this bill’s passage. It needs to pass two cycles consecutively before it can go before the voters, and we expect it to be on the ballot in 2024.”

When speaking of her inspiration, Seawright highlights many who have “gone before her.” Among names like Ann Richards, Shirley Chisholm and Sarah Weddington, Seawright gives special recognition to the late East Ender, Edie Windsor. Windsor, whose name is well known to many in Southampton and across the country, was a pioneer whose life of advocacy propels Seawright’s efforts in elected office.

“I think of champions like Edie Windsor, or Sarah Weddington — who argued Roe v. Wade and remains the youngest person ever to argue and win before the U.S. Supreme Court,” she says. “When we passed the Equal Rights Amendment in July, which ensures reproductive freedom in New York, I dedicated its passage to Sarah, as a continuance of her mission for equal rights for all.”

While Seawright’s constituency resides in Manhattan, she says, many find time to seek refuge on the East End. She spends a portion of her time here, be it supporting charities or helping to raise money for worthy causes.

“Spending time on the East End is a wonderful opportunity to get involved in causes, like the Edie Windsor Health Center,” Seawright says. “I encourage my constituents to consider supporting a cause when they visit the South Fork.”

In 2022, Seawright was elected to her fifth term in the New York State Assembly. She ran unopposed.