Streaming is a periodic look at classic films, available on home networks and apps.

It’s no secret that film buffs love to binge on repeat visits to Michael Curtiz’s 1942 Casablanca. These uber-fans include the many East Enders who raptly devoured the film’s recent Guild Hall 75th anniversary reprise (which featured Isabella Rossellini’s compelling description of her mother Ingrid Bergman’s less than close on-set relationship with Humphrey Bogart). The question at hand for those faced with a potentially rainy holiday weekend is “What else can feed this obsessive addiction?”

Here’s one suggestion: To Have and Have Not, a film that under Howard Hawks’s rapid-fire direction unabashedly cribs Casablanca’s themes — but with a seductive romantic subplot that provides its own insouciant flair.

This time around, with French Martinique standing in for Morocco, Bogart reprises his role as a cynical expatriate, supported (character by Casablanca character) by a Claude Rains-like elusive police inspector, a Victor Laszlo/Paul Henreid idealistic resistance fighter, a lurking Sidney Greenstreet-esque presence, and Hoagy Carmichael, filling in Sam’s musical relief.

But the kicker is Lauren Bacall, the anti-Ingrid Bergman — a sultry lounge singer, not a tragic moralist. Her startling star turn, in this, her first film, set her on the road to future stardom (and marriage to her co-star Humphrey Bogart). Her provocative presence (“You know how to whistle, don’t you? You just put your lips together and blow”) is compounded by the compelling magnetism of her obvious relationship with a bemused and bewitched Bogie.

He is a grizzled 44 years old, while she, astonishingly, is a precocious 19. They underscore their below-the-text affinity by their use of personal monikers (“Steve” and “Slim”) that have nothing to do with their scripted names. They married two years later, following their screen reunification in the noir classic The Big Sleep, and made a number of other films together before Bogie’s tragic 1957 death from lung cancer.

To Have and Have Not is supposedly based on a 1937 Ernest Hemingway novel, a turgid, quasi-Marxist tale of proudly independent fishermen, decadent tourists, rabid revolutionaries, and smuggling between Cuba and Key West. In fact, the genesis of the film came from a hunting trip conversation in which director Hawks challenged Hemingway that he could take his worst novel and make a movie out of it.

Hemingway nominated To Have and Have Not, and according to Hawks, the competitive William Faulkner (yes, that William Faulkner, brought in as screenwriter), jumped at the opportunity to work on it “because it was Hemingway’s. He wanted to change it.” And change it he and co-writer Jules Furthman did, ditching most of the novel’s plot and characters for the somehow reminiscent wartime theme and the evolving leading star romance.

By the time of the film’s 1944 production, Faulkner was in the midst of his alternative career as Hollywood script doctor and screenwriter — a job he supposedly loathed, but one that paid the ever-crushing bills incurred by his Oxford, Mississippi home and wife, and which subsidized his unprofitable, and at that point little-recognized, career as one of literature’s great novelists.

To Have and Have Not initiated a friendship and partnership between Faulkner and Hawks that continued with such classic (and not-so-classic) films as The Big Sleep, Air Force, and Land of the Pharaohs.

Hawks honed his skills with fast-paced, overlapping dialogue in early screwball comedies such as Bringing Up Baby and The Front Page. His obvious rapport with actors, especially those with a strong personality of their own, encompassed both comic masters Cary Grant, Katherine Hepburn, and Rosalind Russell, as well as such tough guy (and gal) icons like John Wayne, Robert Mitchum — and of course, Bogart and Bacall.

To Have and Have Not may have its Rick’s Café roots in the earlier classic Casablanca, but it’s definitely a film to savor — both because of its proudly derivative stance, but also due to the irresistible Bogie-Bacall dramatic duo.

The movie is available on FilmStruck and Amazon Prime, streaming or disc. 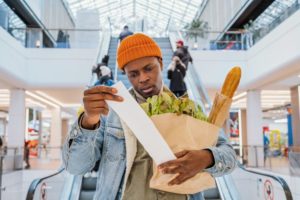