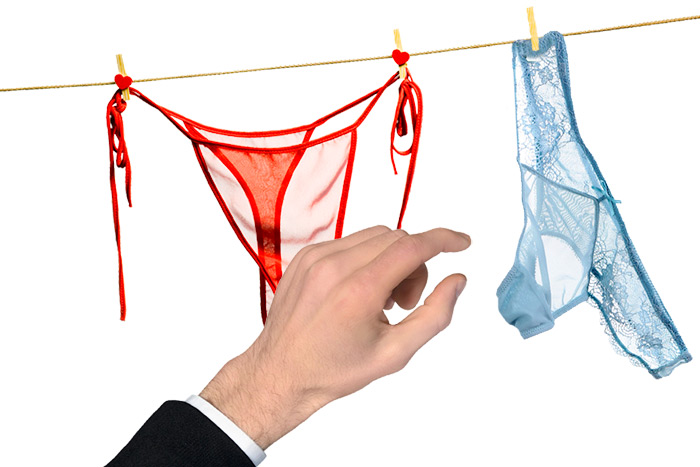 The Peconic Museum of Dainties and Unmentionables reported this week that a large portion of its panty collection went missing during a recent spring cleaning.

“As is our policy, we had sent the panties out to be washed,” says Sybil Hoschen, curator of ladies undergarments at the internationally respected museum. “They get pretty dusty in here, so every year they go through the delicate cycle. This year, somewhere along the way, someone took a pile of them.”

The panties in question date from the 1920s through the 1960s, and Hoschen says the missing garments are worth a total of between $400,000 and $1 million.

“It’s very unfortunate—we have school groups coming in to see our collections, and we’ll have to tell them that somebody stole this underwear.”

The Hamptons Police Department is investigating, but have yet to announce any leads in the case.

Hamptons Police spokesman Larry Hirsch did note, however that this is not the first incidence of panty raiding in the Hamptons. In 2014, police across the East End went into overdrive to protect local lingerie stores from an outbreak of “panty gangs.” The gangs were engaging in broad-daylight raids of the shops, typically making off with large quantities of panties.

In November 2014, the Wainscott Wedgies “stole a dozen pairs of silky panties from a local lingerie store right in the middle of the afternoon,” a Dan’s Papers report from that time reads. The gang was closely related to the G-Port G-Strings but the groups fell out after a “skivvy divvy” gang meeting and panty exchange left the G-Port G-Strings unhappy with the quality of what they received. Wedgies ensued, sealing the rift between the gangs.

From there, both groups changed their methods and began stealing previously worn undergarments from private homes, but by 2016 the whole panty raiding problem had mostly subsided. This week’s crimes have police fearing the worst.

“Panty gangs and panty raids could be making a comeback,” Hirsch said.